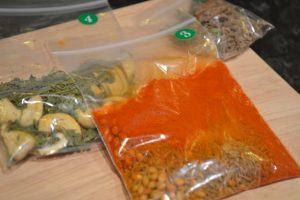 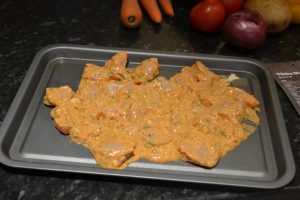 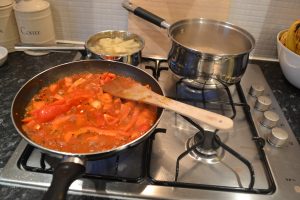 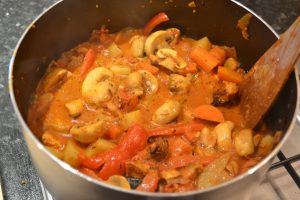 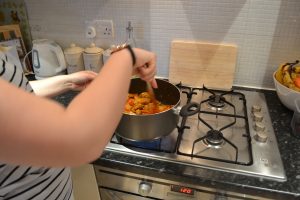 Fancy tender chicken cooked on a griddle, then finished in a delicious rich cream sauce made with spices and a cashew nut paste?

Well I certainly do and that’s why last weekend

This dish is said to have originated in the Moti Mahal Hotel Restaurant in Delhi where the chefs didn’t want to waste the leftover chicken from the tandoor. So to satisfy the British desire to have their meat served with gravy, they devised a creamy, luxurious sauce that would both keep the chicken deliciously moist and give it a new lease of life. Mind you, others say it was created in a Glasgow restaurant.

Whatever its origin, we do know for sure that it has become the UK’s national dish. I love the way this has been absorbed and adapted into British culture (and even exported back to India as it’s now popular there!). To see and be a part of a real food evolution is quite amazing… doesn’t taste half bad either.

Blend the marinade spices and coat the chicken, (optional pepper, onion and tomato) for at least half an hour.

To buy your own pack of Hari Ghotra visit their website. 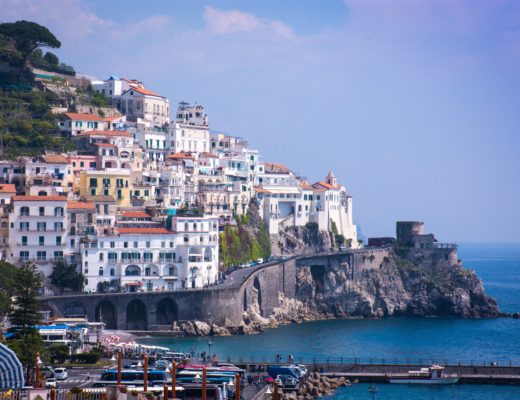 5 things to do before backpacking Europe 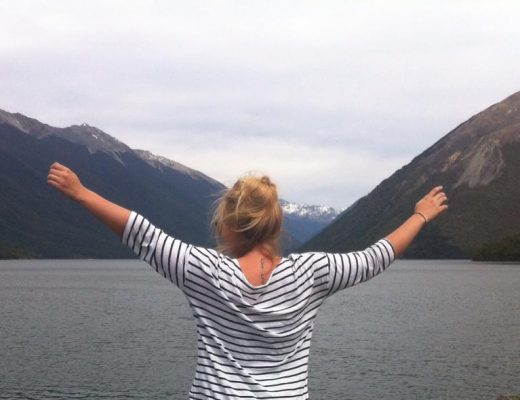 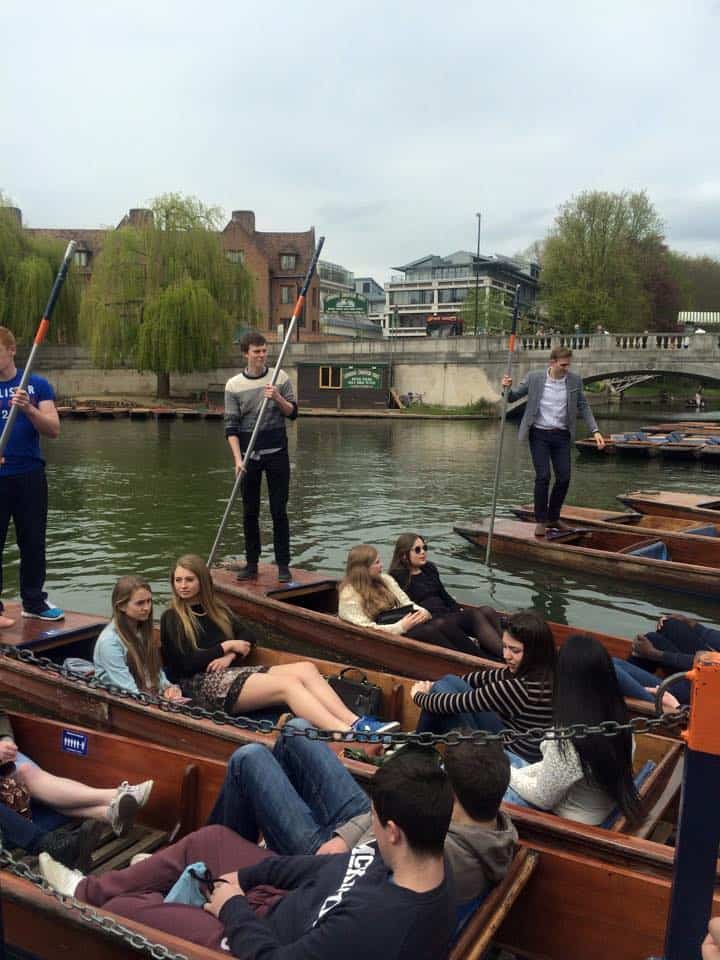