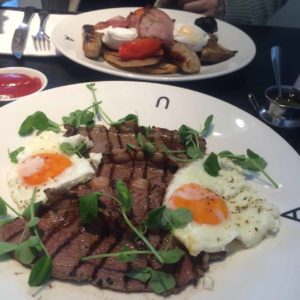 Not many people know about it, but CAU now opens its doors for brunch. From the scrummy CAU full English to eggs Benedict with an Argentine twist, not forgetting the delicious healthy breakfast options of CAU granola with organic or frozen yoghurt and their classic steaks and eggs. Perfectly described by CAU themselves, “Start your day the CAU way.”

For me, brunch is the best thing about weekends, after lie-ins, of course but it’s so much more than just a meal time it is also an event, a way of meeting friends, boyfriends and family and kick-starting the day the right way. Brunch is no longer limited to the traditional English breakfast and a strong coffee. CAU are now doing just that, they’re shaking it up a little and putting on a brunch you’ll never forget.

Last weekend I visited the Cambridge branch of CAU located in the city centre near to the Corn Exchange. I was curious to see what their Argentine take on breakfast would be, as they’ve worked hard to set themselves apart from other high street steakhouses. 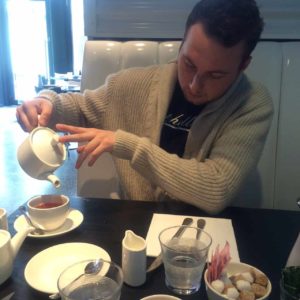 Looking at the menu, it’s natural to assume that the stand-out breakfast on the menu would be the Steak and Eggs so I had the STEAK & EGGS priced at £9 which includes their tapa de cuadril flash grilled with 2 fried hen’s eggs. For good reason too; Cau’s signature tapa de cuadril steak is thinly cut and flash-grilled to perfection, served with two runny fried eggs. The meat was full of flavour and even after four strips and two eggs, I could’ve eaten more. It was divine!

The Cau Breakfast takes the full English up a notch and parcels it neatly in front of you, with thick cuts of bacon, huge Portobello mushrooms and rich, smoky Morchilla black pudding. It was also grease free which was a nice change from the standard full English which is drenched in oil and grease.

However, the real highlight was the chimichurri served alongside the steak and eggs dish. It was a kick of flavour and the perfect complement against the smoky crisp meat.

This was the first South American brunch I’ve ever had, so I wasn’t sure what to expect but I was blown away. There could have been a few more authentic South American combinations on the menu, but then you have to cater to the typical brunch crowd too. 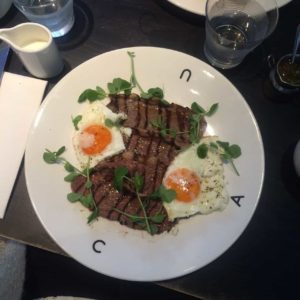 With a friendly atmosphere, good tea, lots of choice and exceptional eggs, the brunch got a massive thumbs up from me. I was also told that compared to other chain restaurants they use the freshest and finest ingredients available and are proud of that fact! Only the best is good enough for CAU.

They also had various vegetarian options available and you could even order extras if you desired. Extras: bacon £1.50, sausage £1.50, sourdough toast and butter £2.

Brunch is only available Saturday & Sunday’s 9-12, (and bank holiday Mondays!) 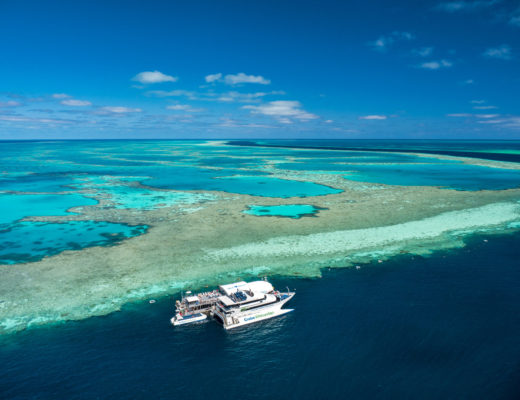 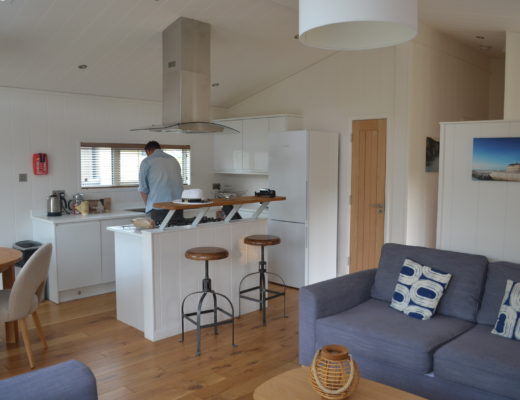 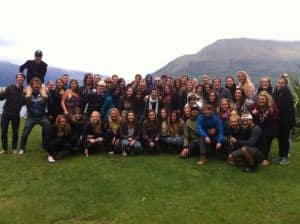