If you’ve watched the Lord of the Rings films you’ll know how beautifully stunning the landscapes are.

Any of the rolling hills in New Zealand could play host to The Shire, but some of the other landscapes are undeniably famous for being Lord of the Rings film locations across New Zealand.

“Not all those who wander are lost,” wrote J.R.R. Tolkien in his fantasy epic The Lord of the Rings and he was right. New Zealand is so beautiful in some ways, you are never lost.

LOTR showcased some of New Zealand’s sheer beauty to the world, and now you can even visit the locations in person. In fact, the films actually serve as a highly effective tourism advert for New Zealand.

Die-hard fans might want to consider a Lord of the Rings tour, which often includes costumes to re-enact scenes and you can do this at Hobbiton, and other spots around the country.

Time to get your LOTR geek on!?!

Here’s the top can’t-miss Lord of The Rings film locations for enthusiasts of The Hobbit and The Lord of the Rings franchise. 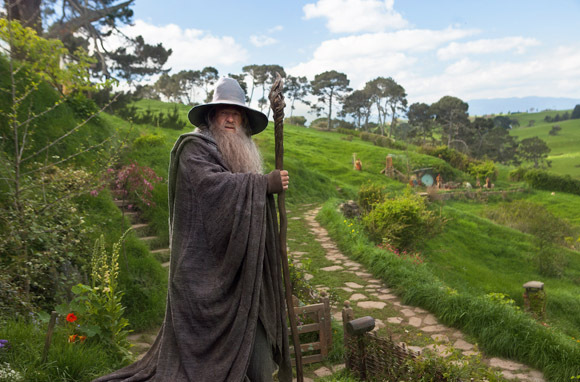 Lord of the Rings Film Locations

Where was Lord of the Rings filmed?

The Lord of the Rings trilogy was filmed all around New Zealand over the time period of around five years between 1999 and 2000. A fun fact is that they actually filmed all three films at the same time, over a period of over 400 days.

They used over 150 locations around the country for some of the films key scenes including The Shire, Mordor, Rivendell and others.

Some of the more insane parts of the films were put together digitally with CGI in studios located in Wellington at the WETA Workshop.

That’s where most of the Lord of the Rings film locations are! 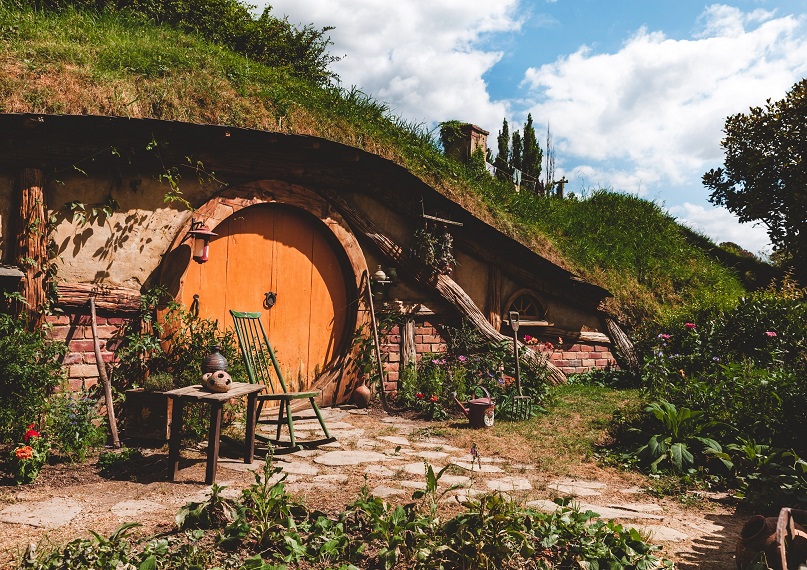 Lord of the Rings Filming Locations

Hobbiton I hear you say! Yes, Hobbiton is a real place! And it’s the most famous Lord of the Rings film locations.

You can potter around the village in The Shire, have a cider in the Green Dragon pub, have a little dance under the Party Tree, and even visit Frodo at Bag End. Many of the tours from Rotorua and Auckland visit this iconic set so make it a must-do on your list.

One of the more tense scenes from the films is set in the South Island’s Te Anu, close to Milford Sound. It is the location for the Dead Marshes that Gollum leads Frodo and Sam through where they see the faces in the water. Creepy! In reality, however, it is a really beautiful place and one of the most scenic Lord of the Rings film locations. 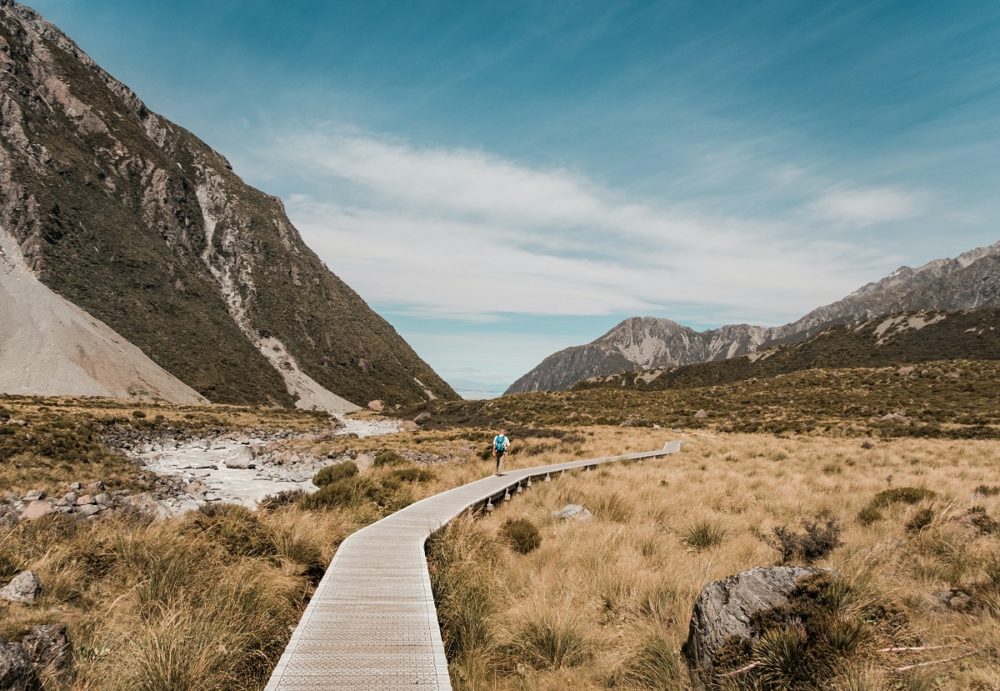 A must-do for many walkers, hikers and even backpackers is hiking the famous Tongariro Crossing. Experience what it would be like to be Frodo and Sam and climb even closer to the fiery depths of Mordor. If you are feeling extra fit, you can hike up Mt. Doom itself, though be prepared – it’s tough!

Within the Fiordland National Park on the south island is the location of Fangorn Forest, known for the scene in LOTR where Gandalf whistles for his majestic horse Shaowfax. It is also where Aragorn tracks the Hobbits’ trail into the forest, and it is the home of the ents. 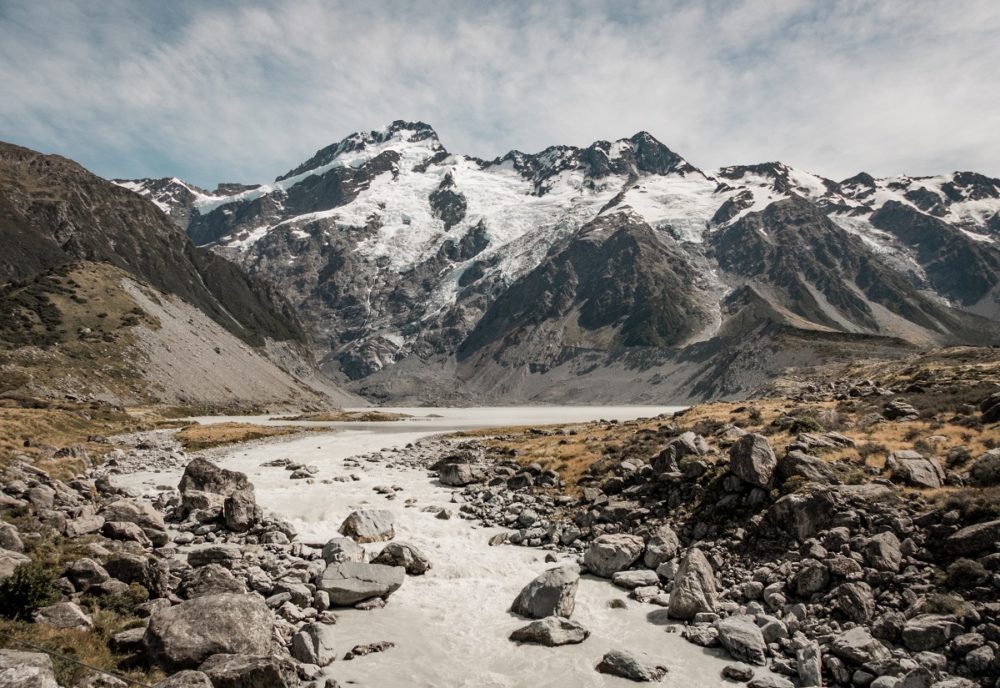 Creepily tall and leaving a daunting shadow across the valley, there is no mistaking that these battered pillars make-up the Dimholt Road that Legolas, Aragorn and Gimli took when they first encountered the Army of the Undead. New Zealand is famous for some of the most amazing naturally sculpted rocks and these are just some of them!

Located just outside of Wellington on the North Island, Mt. Victoria is a beautiful area with winding tracks and impressive scenery. It is filmed in LOTR in The Fellowship of the Ring when the Hobbits hide from the ringwraiths on the walking track. It is also where Merry breaks his carrot! 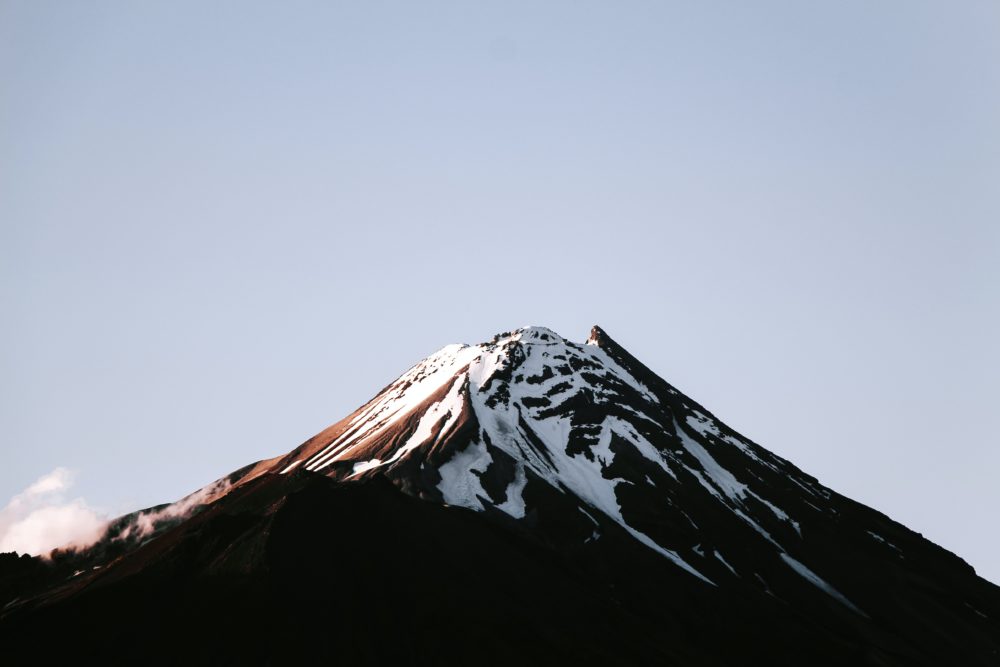 The Kawarau Gorge is home to both bungee jumping and canyon swinging, but it was also the same gorge filmed in LOTR, known as the Anduin River. It is the river that the Fellowship of the Ring paddled down to be greeted by the two giant statues on either side on the river. Unfortunately, the statues were added in postproduction so they aren’t there today, however, it is still pretty spectacular.

With a name like Paradise, it’s no wonder that this location was a no-brainer for use in the Lord of the Rings trilogy. Head out to Glenorchy (past Queenstown) and discover this hidden gem where Gandalf rode to meet Saruman at Isengard. 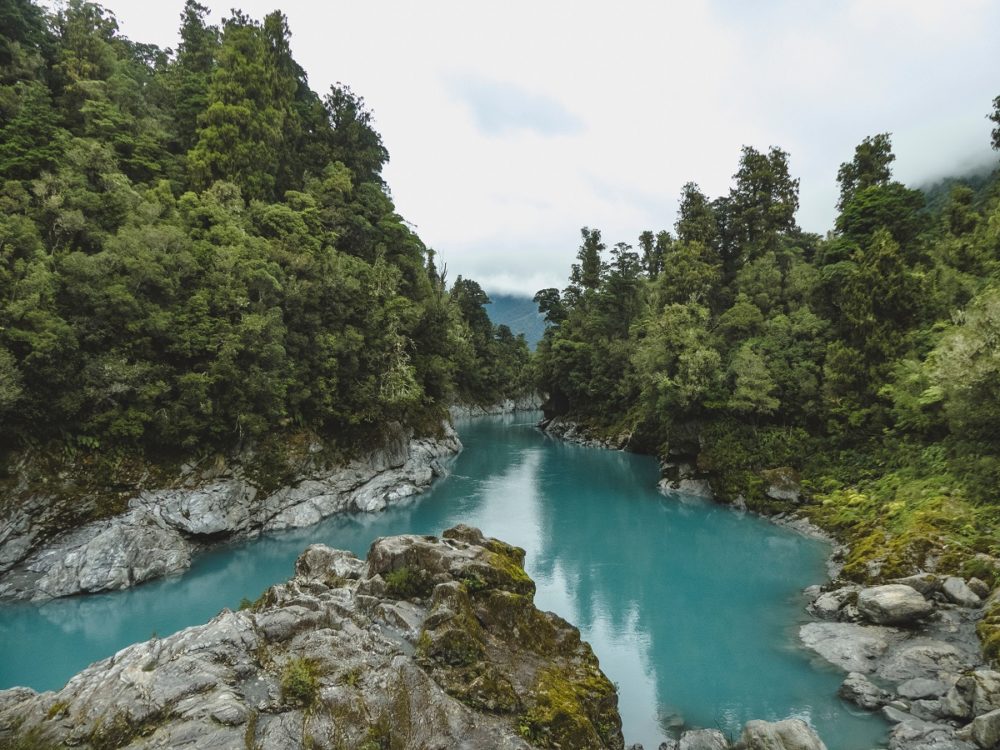 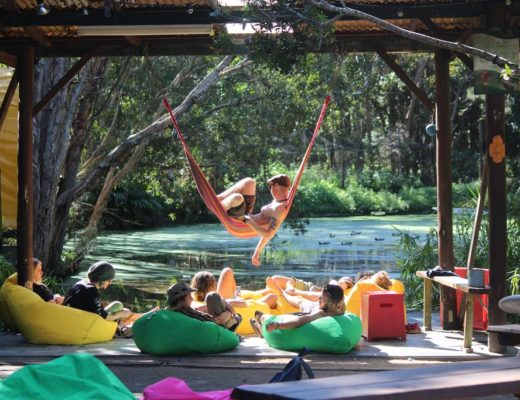 I became a hippy at Arts Factory Lodge Byron Bay 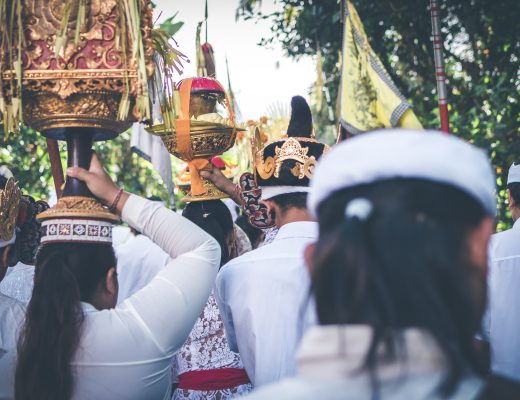 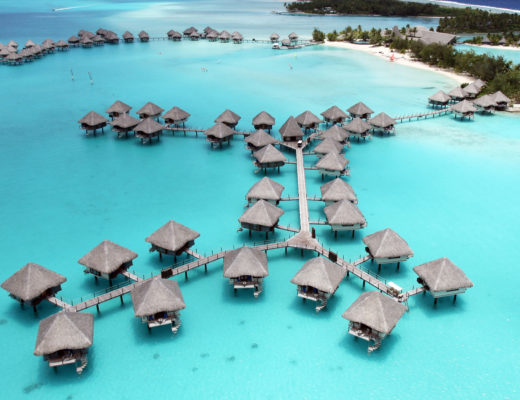 My dream destinations to visit