UK Staycations: 17 Destinations You Won’t Believe are in England

If these photos are anything to go by, you do not need to get on a plane and travel miles to get beautiful beaches and stunning scenery. If you think you need to go abroad to have an exotic break? Over the coming months UK Staycations are going to be everyone’s choice of travel option.

Then you might want to think again… Gone are the days of wet, cold summers at the beach, or camping in the countryside, instead you’ve got destinations that feel like you’ve left the country, with stunning coastlines, dive pools, picturesque streets and quaint canals.

It almost goes without saying that there are some incredible holiday destinations to be found in this world – Bali, Hawaii, the Maldives and Mexico to name just a few. Exotic places where you can find everything you need to truly escape and unwind.

In a recent survey by Stay In Cornwall, 90% of people can’t tell the difference between Cornwall and the Caribbean in their picture quiz. I certainly couldn’t and I travel the world for work!

The tricky picture quiz proves that the vast majority of people genuinely can’t tell the difference between a beach in the Indian Ocean and one hidden on the coast of our own little island. The picture-postcard paradise is actually an awful lot closer than any of those far-flung destinations mentioned above and is in fact in the south-westerly county of Cornwall.

Porthcurno is a small village covering a small valley and beach on the south coast of Cornwall, England in the United Kingdom. It is the main settlement in a civil and an ecclesiastical parish, both named St Levan, which comprise Porthcurno, diminutive St Levan itself, Trethewey and Treen.

INSTEAD OF: MAJORS BAY, ST KITTS 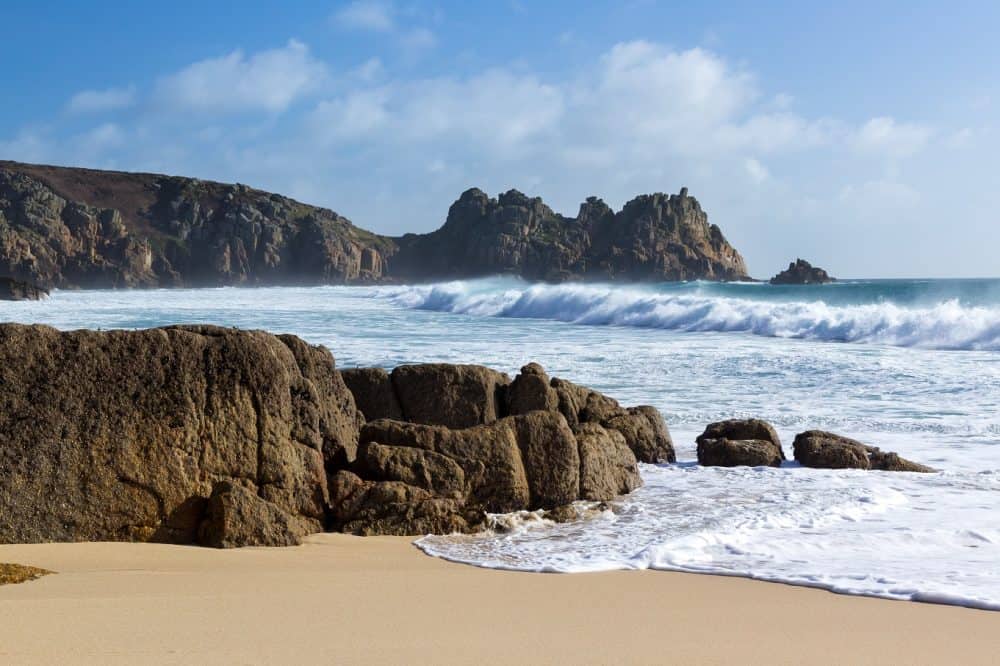 West Voe Sands is located on the Southern tip of Shetland, right by Sumburgh Airport and the ancient settlements of Jarlshof and Old Scatness Broch. The quietest getaway is likely to be West Voe in Scotland! This gorgeous town is certain to make you feel like you’re on a Finnish beach – specifically Yyteri Beach in Pori!

INSTEAD OF: FINNISH LAKES 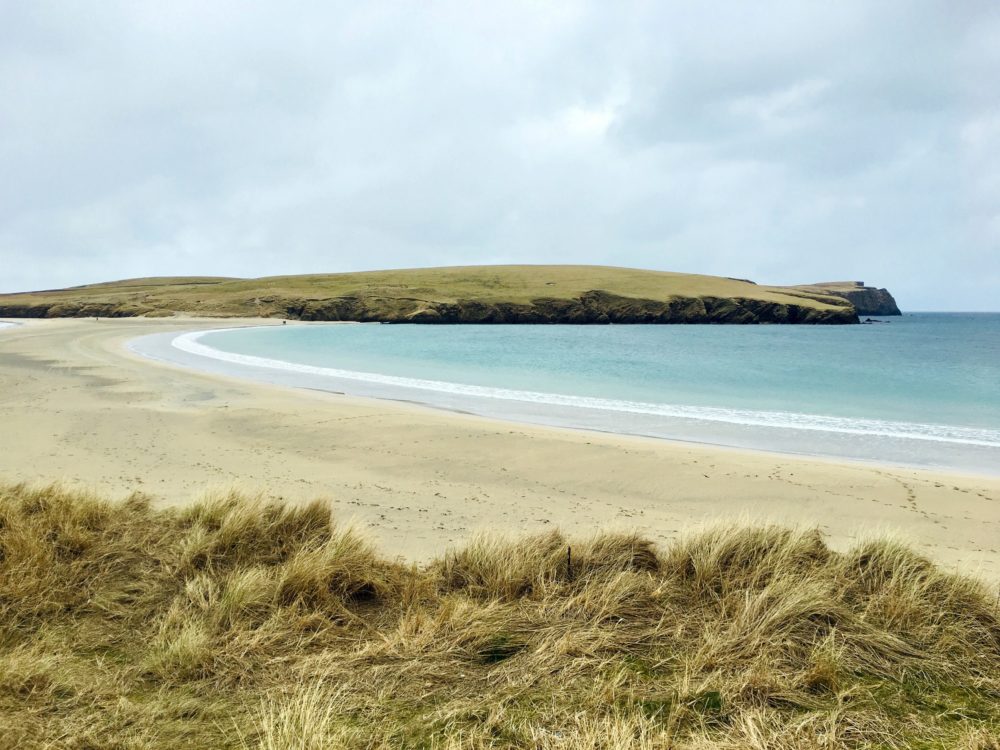 On 600 acres of countryside, this wildlife park with a collection of lodgings, including a historic hotel, is 9 miles from Romney Marsh wetland area.

The upscale lodgings include a hotel, a cottage, cabins, safari tents and luxe tree house suites. The hotel, cottage and suites come with free Wi-Fi and flat-screen TVs. Upgrades include distinctive touches such as 4-poster beds; some add living areas and kitchens.

INSTEAD OF: SERENGETI, TANZANIA 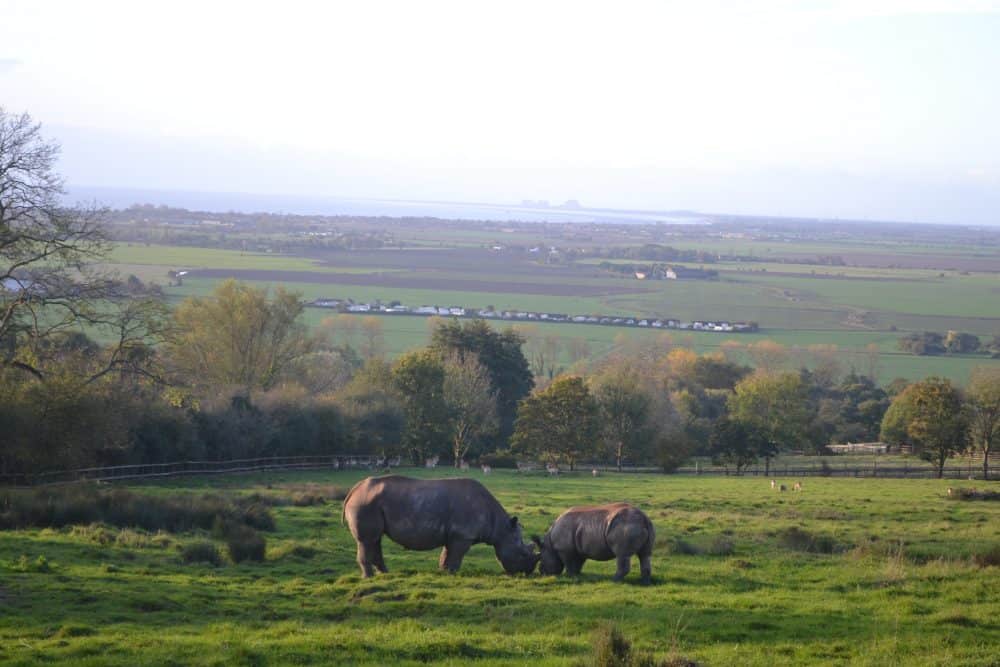 Ben Nevis is the highest mountain in the British Isles, the summit is 1,345 metres above sea level. Ben Nevis stands at the western end of the Grampian Mountains in the Lochaber area of the Scottish Highlands, close to the town of Fort William.

There are only 170 searches for Observatory Gully on Ben Nevis, ensuring an isolated but adventurous weekend away; similar to Mont Blanc in the Alps.

INSTEAD OF: MONT BLANC, THE ALPS 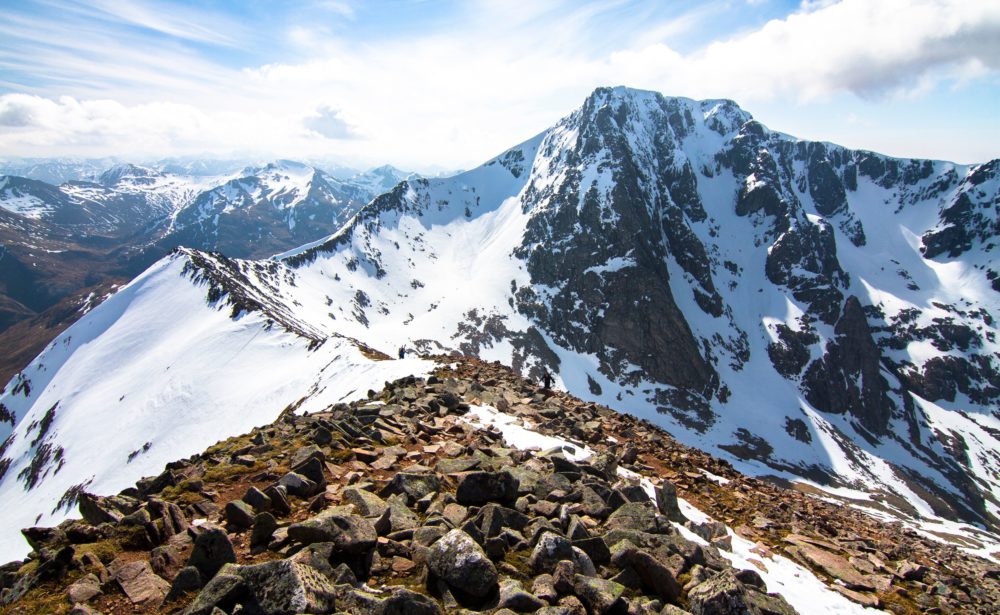 Cheddar Gorge is a limestone gorge in the Mendip Hills, near the village of Cheddar, Somerset, England. The gorge is the site of the Cheddar show caves, where Britain’s oldest complete human skeleton, Cheddar Man, estimated to be over 9,000 years old, was found in 1903.

INSTEAD OF: NEW ZEALAND 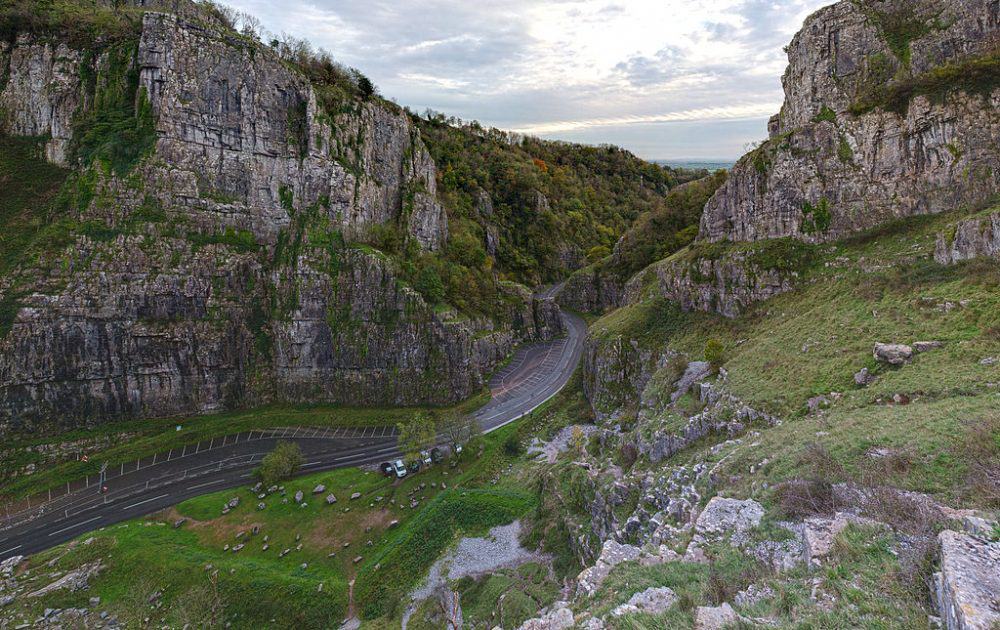 Elegug Stacks is a dramatic natural rock arch and rock pillars on the south-west coast of Pembrokeshire, Wales. If the weather is right these clifftops highly resemble Nusa Penida in Bali. 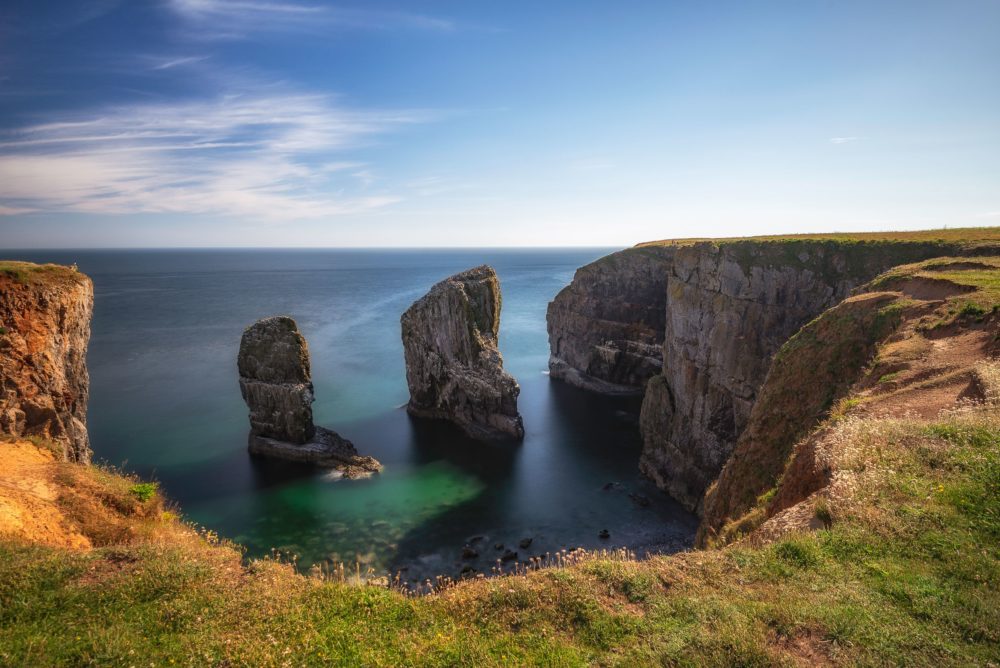 The Minack Theatre is an open-air theatre, constructed above a gully with a rocky granite outcrop jutting into the sea. The theatre is at Porthcurno, 4 miles from Land’s End in Cornwall, England.

INSTEAD OF: ANCIENT GREECE 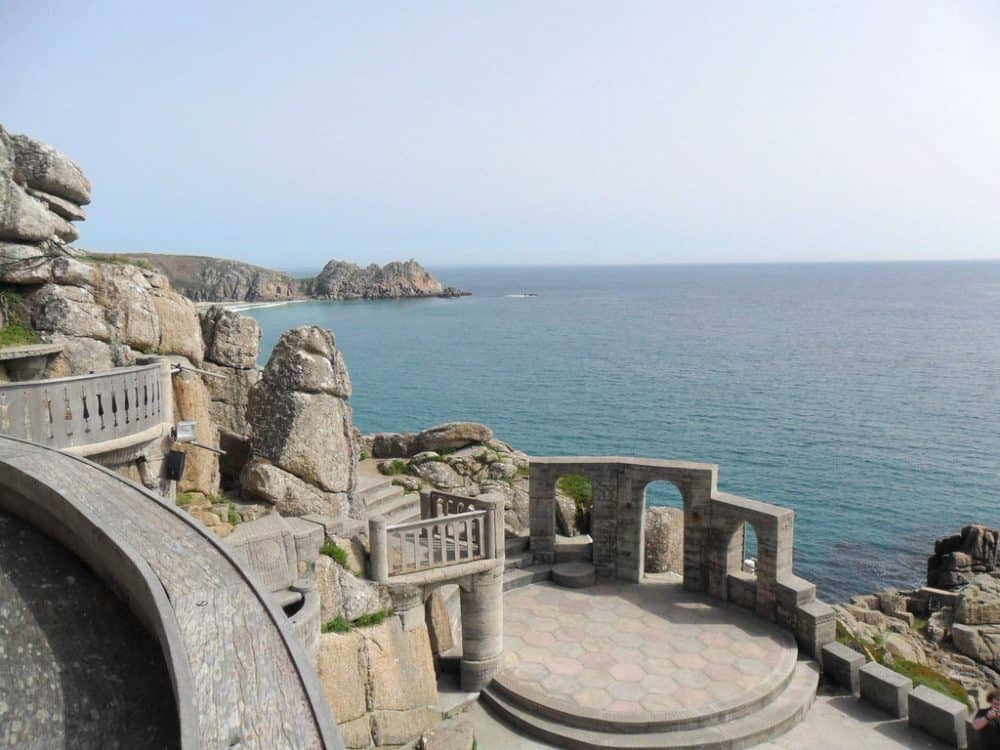 High Force is a waterfall on the River Tees, near Middleton-in-Teesdale, Teesdale, County Durham, England. The waterfall is within the North Pennines Area of Outstanding Natural Beauty and European Geopark.

High Force in Durham is surprisingly unknown to Brits – with only 420 searches every month! This beautiful 70-foot waterfall is surrounded by natural beauty and mirrors Nauyaca Waterfalls in Costa Rica!

INSTEAD OF: COSTA RICA 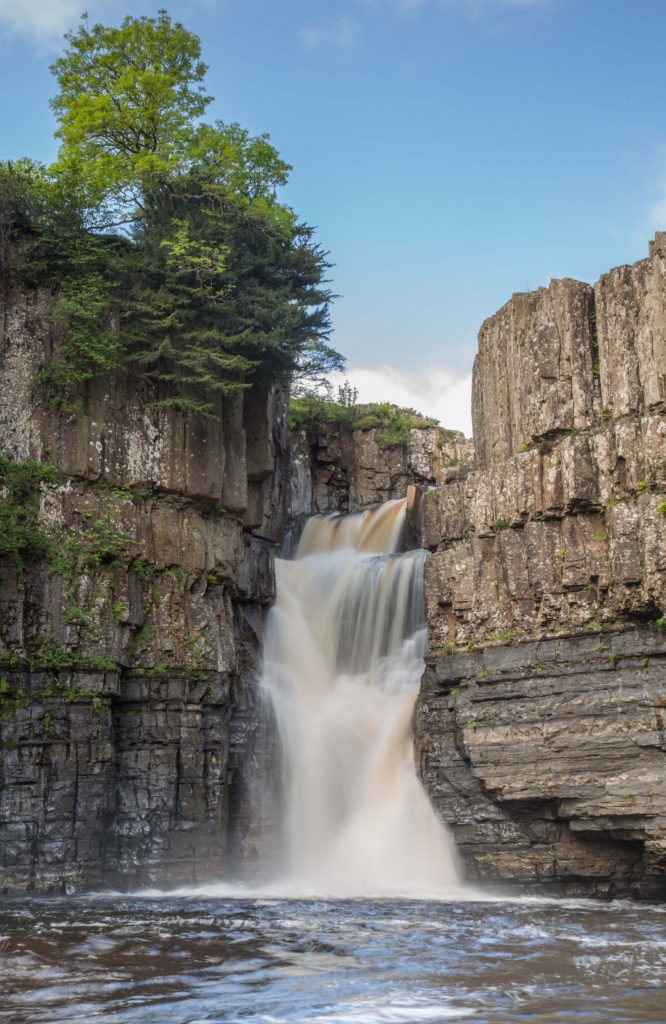 Norfolk Lavender Fields is around 100 acres of lavender fields and an oil distillery, plus on-site gift shops and restaurant. It’s a beautiful sight and you could be in Provence, France.

INSTEAD OF: PROVENCE, FRANCE 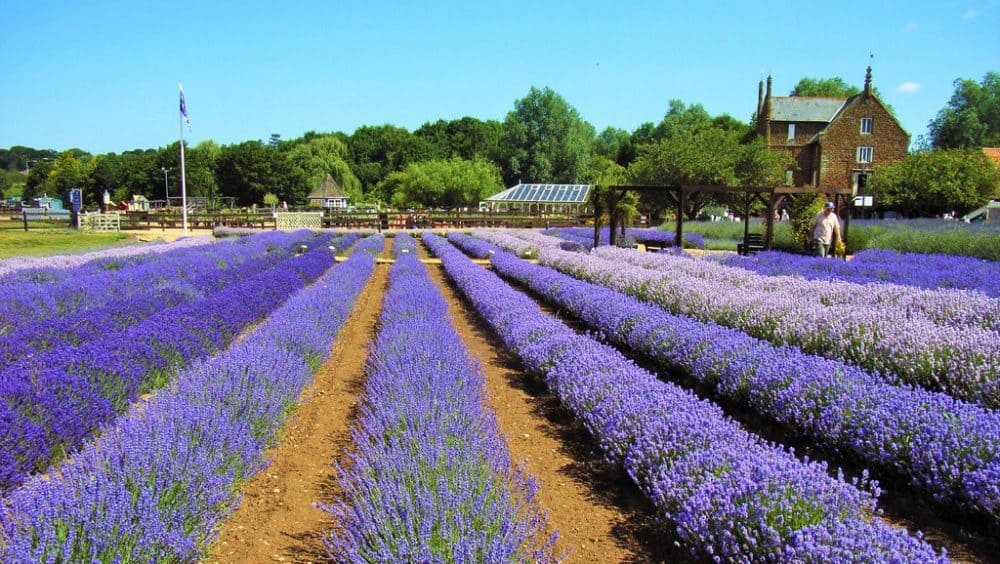 This really is the most fabulous expanse of glistening white shell sand and there are a couple of hidden coves too. The views out to Rum are spectacular on a clear day. The jaw-dropping beach is one of Mull’s best kept secrets with only 430 searches every month and holds strong similarities to Crane beach in Barbados! 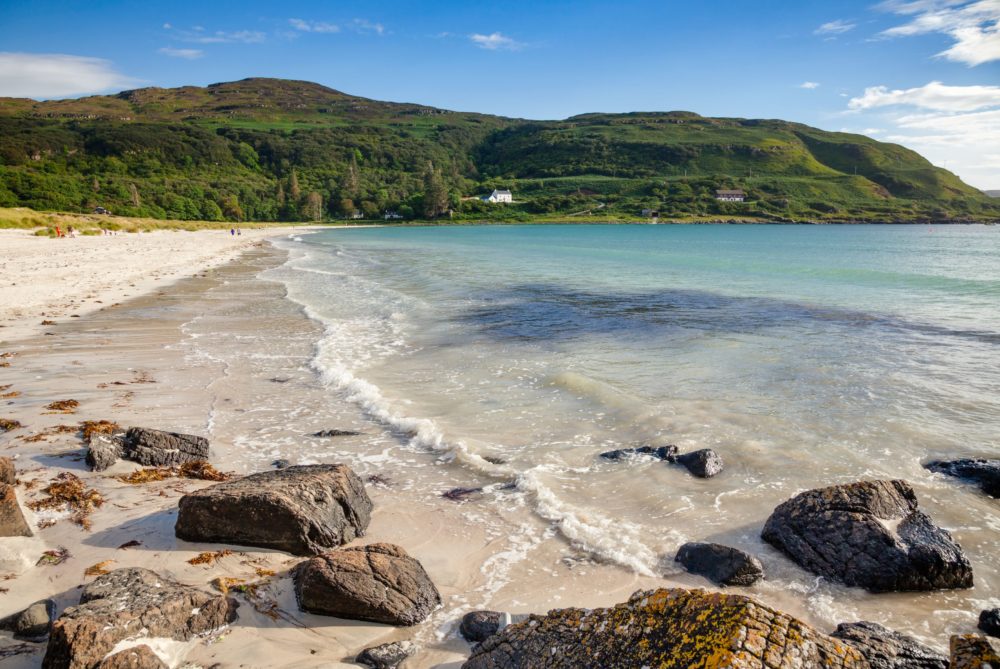 Hadrian’s Wall, also called the Roman Wall, Picts’ Wall, or Vallum Hadriani in Latin, is a former defensive fortification of the Roman province of Britannia, begun in AD 122 in the reign of the emperor Hadrian.

INSTEAD OF: THE GREAT WALL OF CHINA 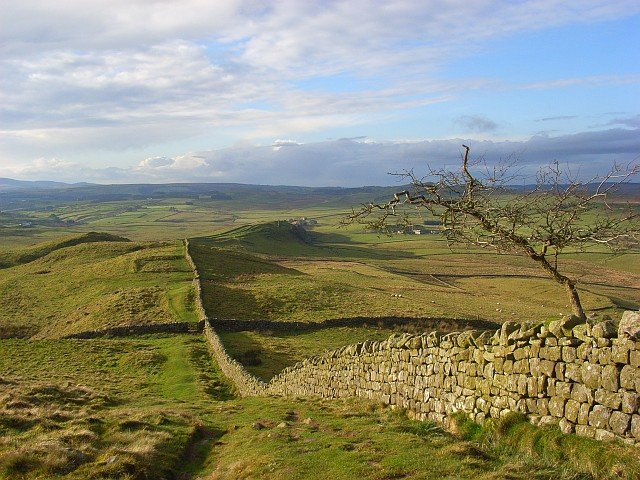 The 55-meter free dropping Mealt Falls is slightly more popular, but still likely to be a quiet getaway! This clifftop is a duplicate of Háifoss Waterfall in Iceland! 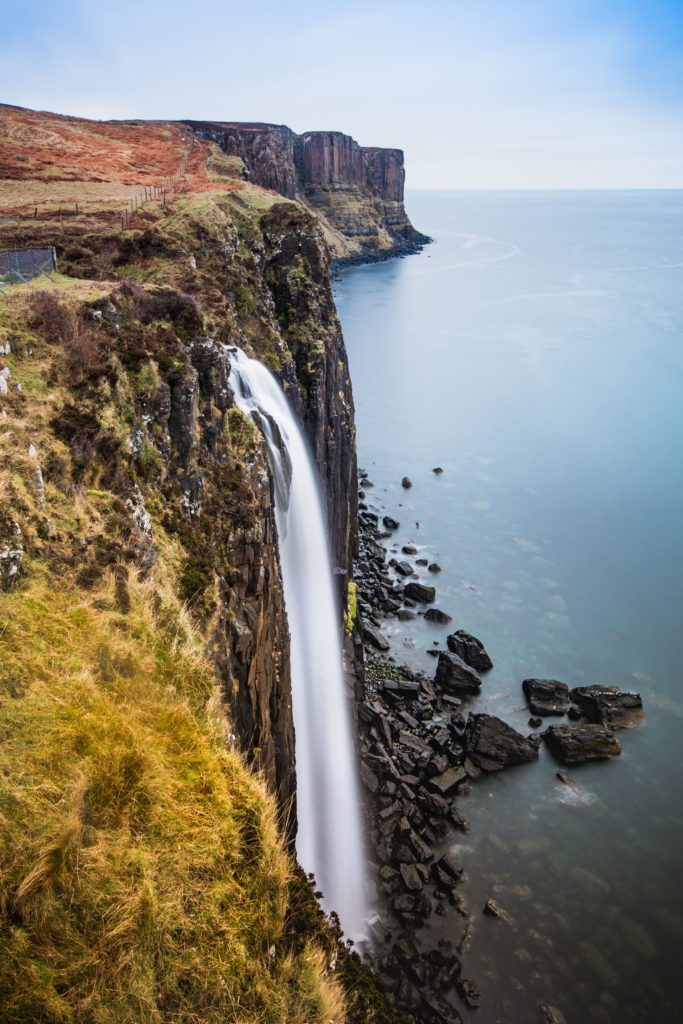 Originally built for King William ( the Lion) of Scotland to defend against Viking invaders, all that remains of this once-formidable fortified house is part of the 15th-century rectangular tower and the curtain wall. The beach is a popular destination for surfers and horse riders.

INSTEAD OF: CAPE COD, MASSACHUSETTS 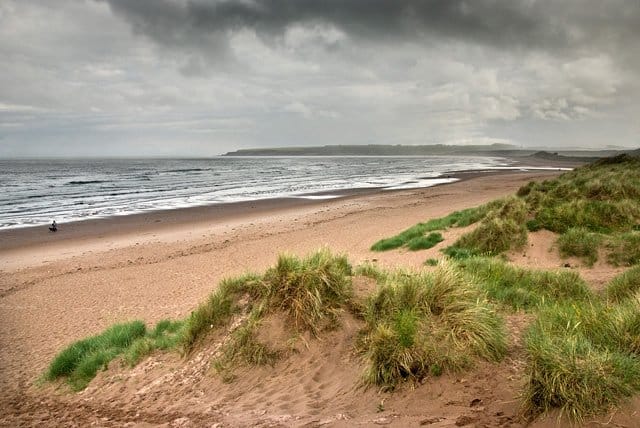 This complex Scottish mountain resembles peaks on the Himalayas! It is an 8-9-hour walk, so although there are 1,460 searches per month it is certain to be a desolate trip.

INSTEAD OF: THE HIMALAYAS 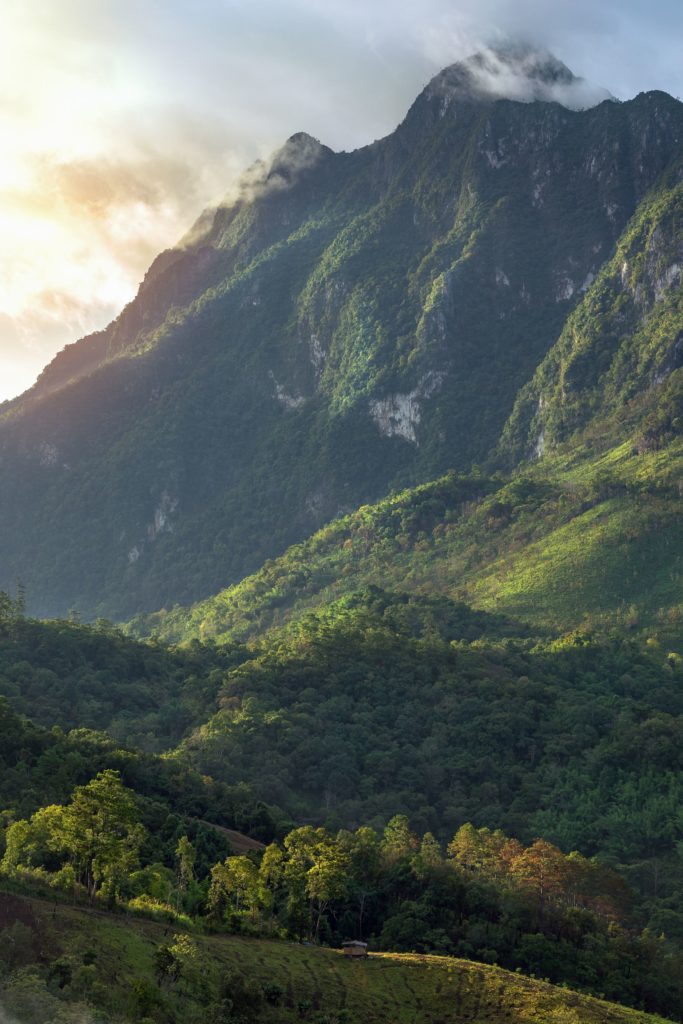 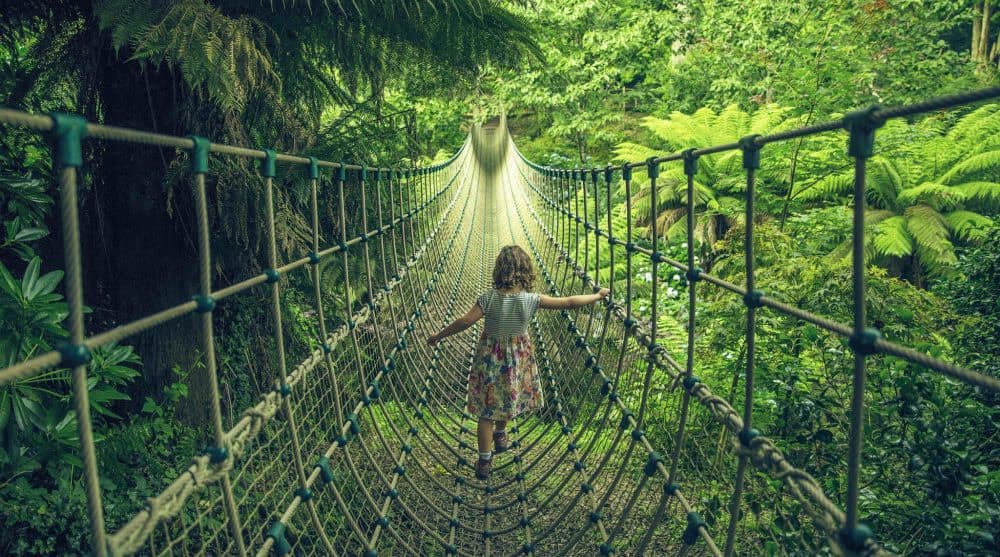 Sgwd yr Eira is part of Brecon Waterfall Walk in Wales, on the route you can also visit three others on the ‘Four Falls Walk’ which is described as an unforgettable family experience. Interestingly, Sgwd yr Eira mirrors Mae Tad waterfall in Chiang Mai, Thailand!

INSTEAD OF: CHANG MAI THAILAND 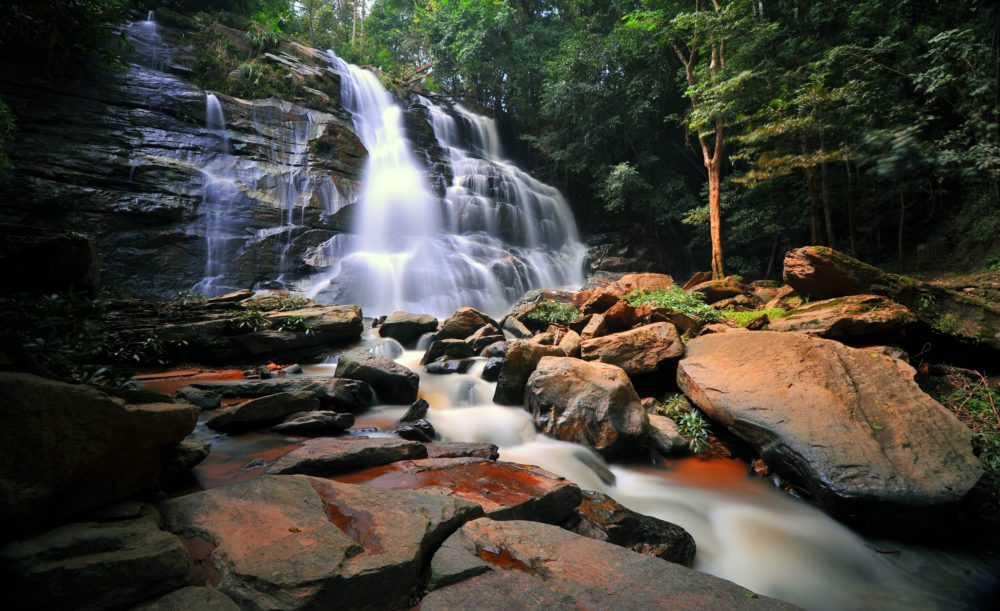 Portmeirion is a tourist village in Gwynedd, North Wales. It was designed and built by Sir Clough Williams-Ellis between 1925 and 1975 in the style of an Italian village, and is now owned by a charitable trust.

INSTEAD OF: THE AMALFI COAST 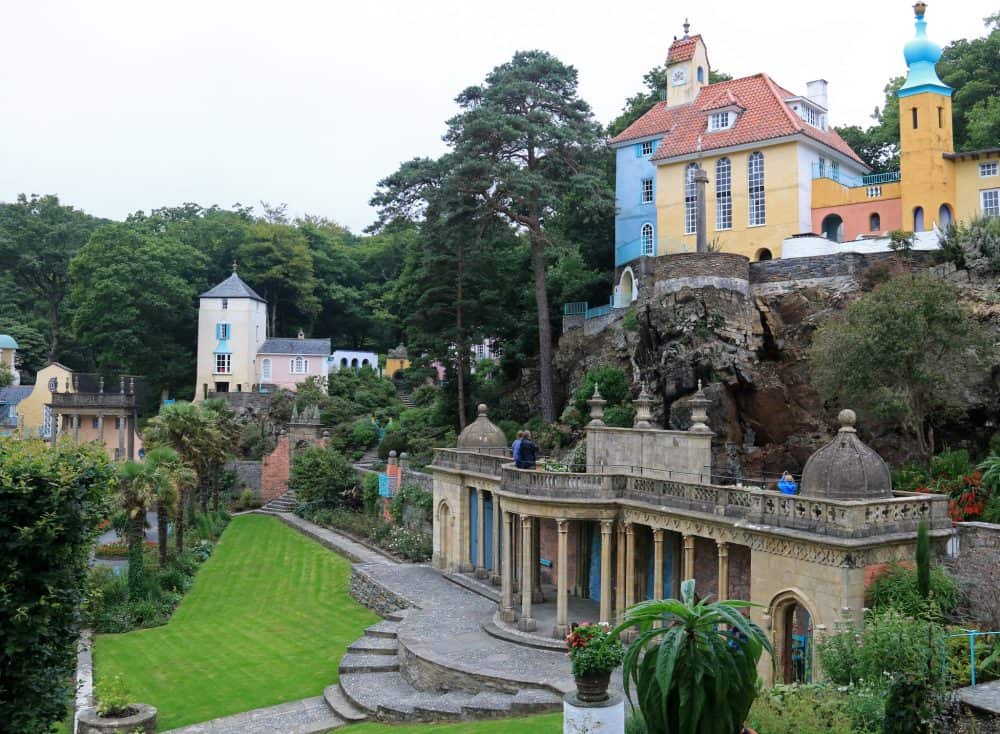 The Royal Pavilion, also known as the Brighton Pavilion, is a Grade I listed former royal residence located in Brighton, England. Beginning in 1787, it was built in three stages as a seaside retreat for George, Prince of Wales, who became the Prince Regent in 1811.

INSTEAD OF: TAJ MAHAL, INDIA 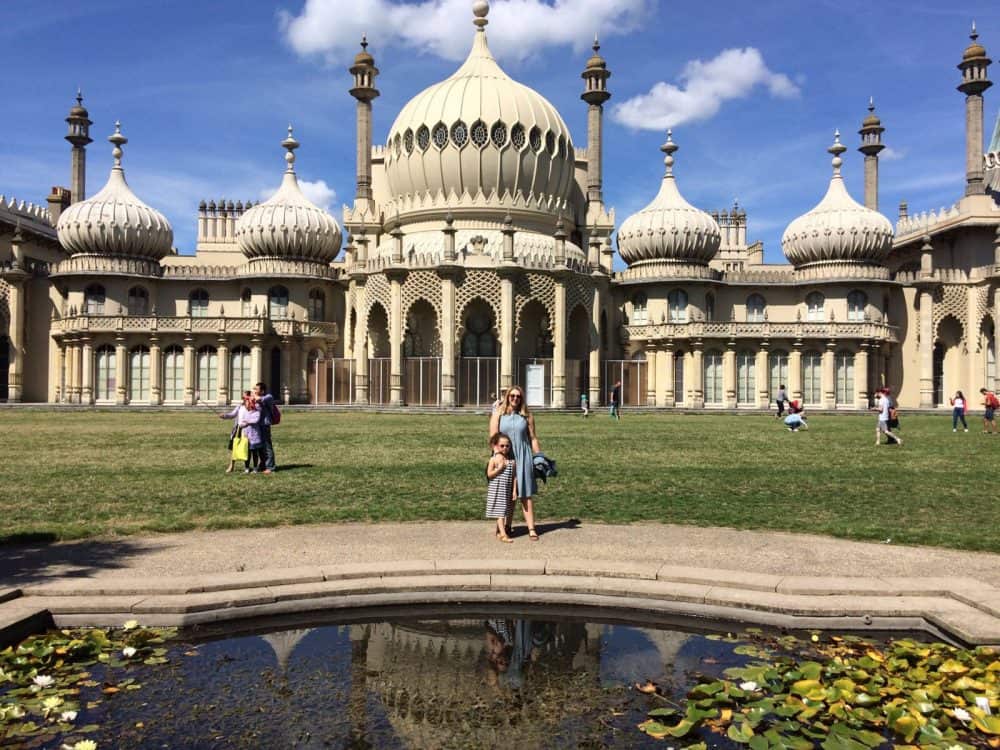 Little Venice is a district in London, England, around the junction of the Paddington Arm of the Grand Union Canal, the Regent’s Canal, and the entrance to Paddington Basin. The junction forms a triangular shape basin. 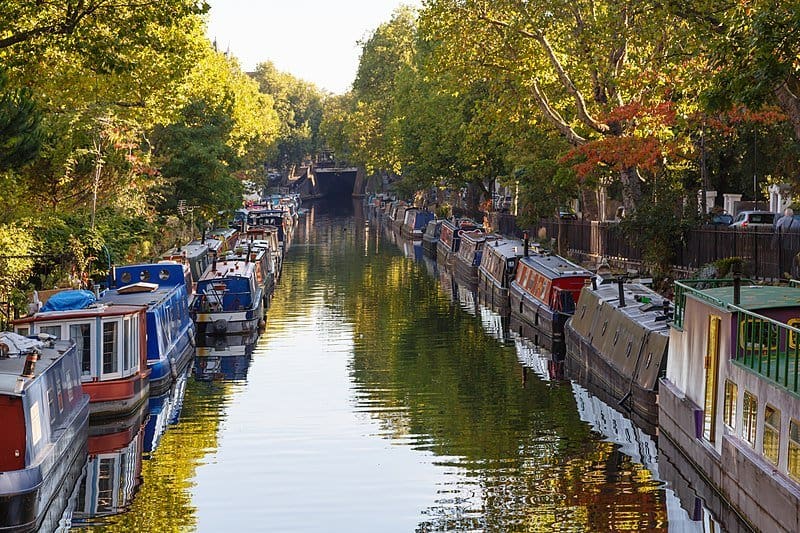 Where else have you been to in the UK and thought it looked as exotic as another place abroad?

10 Things to do in Aberdeen 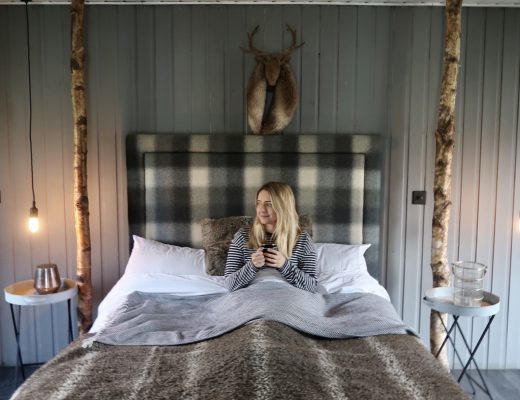 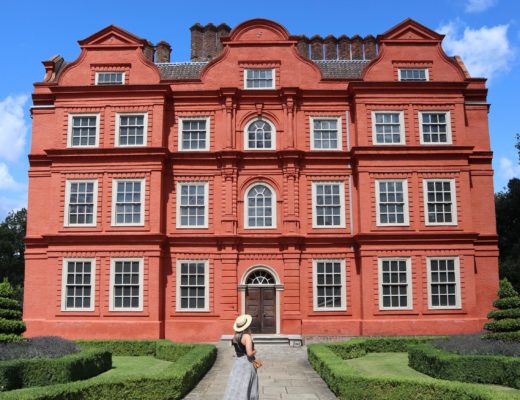 Gardens of London: 12 Things to see at Kew Gardens 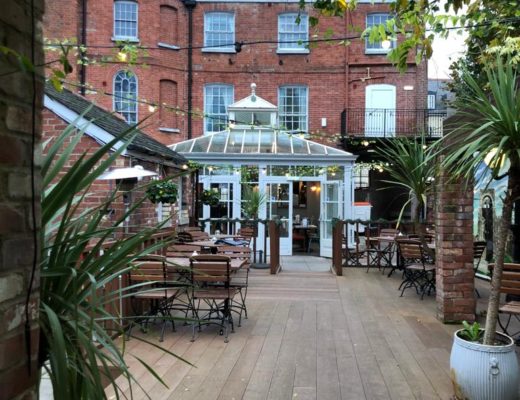 10 Things to do Exeter UK