The quaint little towns in Western Cape are the places where you can experience the rich history of this land. Here you can find ancient Christian churches, Victorian-era houses, and Cape Dutch architecture gathered in one territory.

You can easily fall in love with these off-the-beaten-path towns in Western Cape thanks to their exciting activities and nature so close in reach.

If you’ve never been to South Africa before, the Western Cape is a South African province with coasts bordering the Indian and Atlantic oceans.

It’s widely known for the port city of Cape Town, set beneath Table Mountain, part of a national park of the same name. It’s an iconic region and one of the most popular with tourists.

In Table Bay, Robben Island is the notorious prison that once held Nelson Mandela, and is now a living museum. Farther afield, Winelands surround historical towns like Stellenbosch, Franschhoek and Paarl.

In the region you can find the city of Cape Town; West Coast; Cape Winelands; Overberg; Garden Route; Central Karoo. All very different areas to explore with lots to offer.

But which towns in Western Cape are the best to visit if you want to go a little off-the-beaten-path? 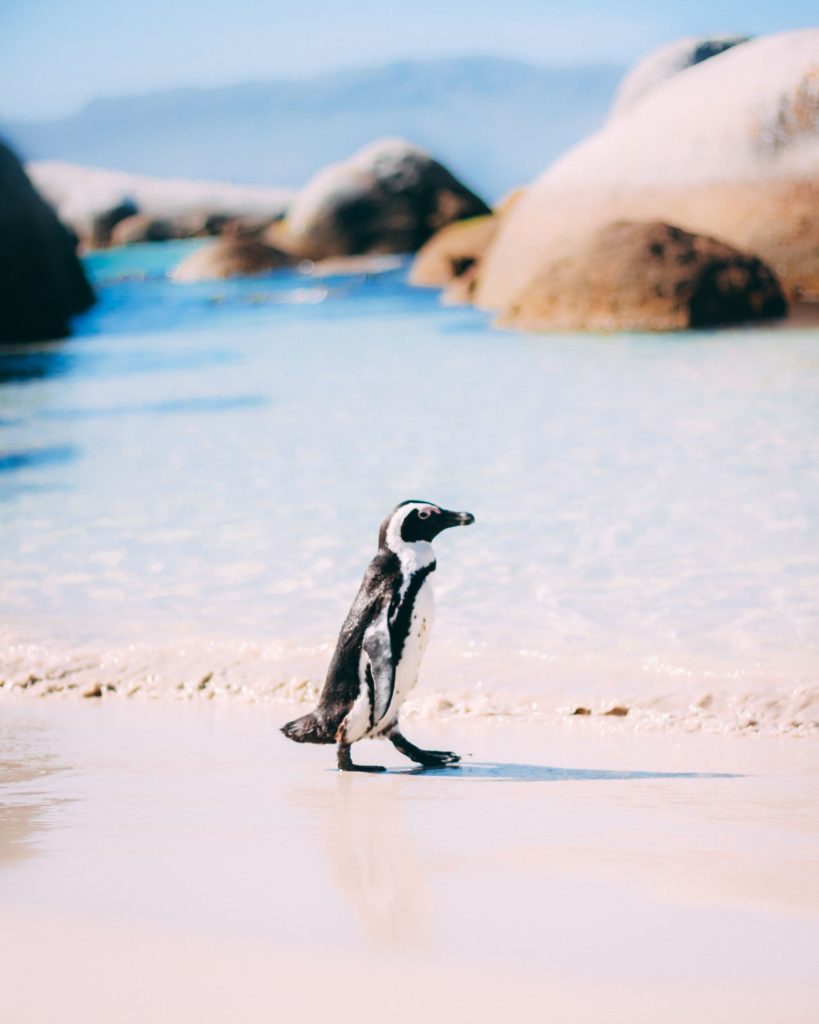 Photo by Taryn Elliott from Pexels

The first towns in Western Cape we would recommend is under two hours’ drive north of Cape Town along the N7, Citrusdal beckons with a sense of adventure. ‘Gateway to the Cederberg’ and the floral splendour of Namaqualand, Citrusdal lies nestled amid citrus orchards at the foot of the magnificent Cederberg Mountains. Meandering through and sustaining this magnificent fertile valley, is the Olifants River – the lifeblood of the area’s world-renowned citrus industry.

As the name indicates, Citrusdal is the hub of one of the largest citrus industries in southern Africa. The oldest orange tree in the country, on the Hexrivier farm, is a provincial heritage site and still bears fruit. The Olifants River Valley is renowned for its wines, many of which may be tasted and purchased at Citrusdal Cellars.

This accommodation is located 174km from Cape Town on the R303, on the banks of the Olifants River. It has a drop for motorhomes and grassed and shady sites with electricity. It’s adjacent to a 9-hole golf course and within walking distance of squash courts, bowls, village centre, restaurants, and Citrusdal Cellars, mountain bike routes, and beautiful walks in the area. 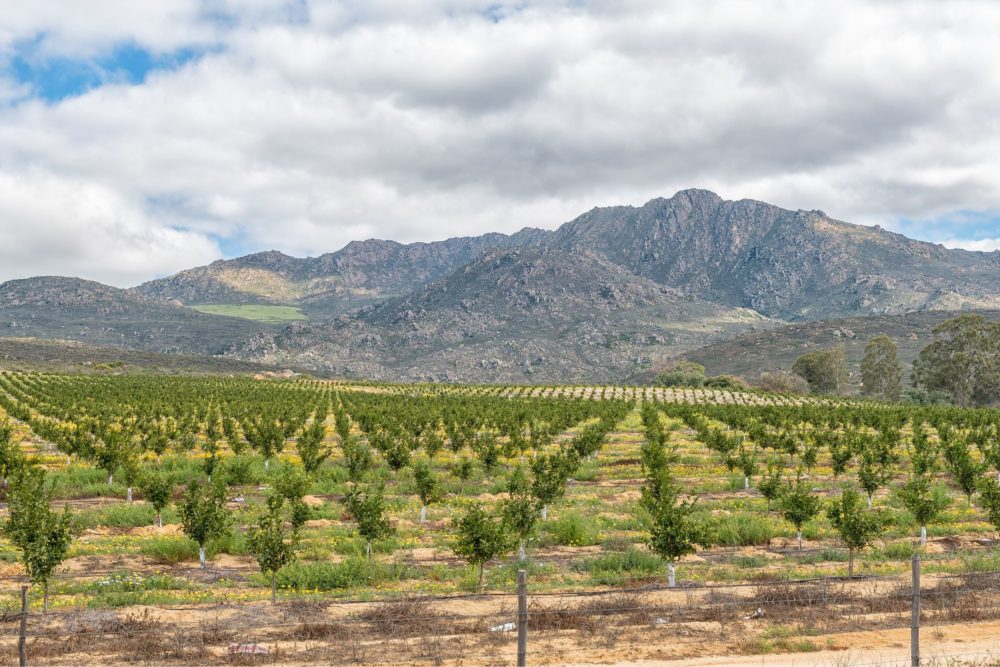 The second of the best towns in Western Cape is Villiersdrop. The “Pearl of the Overberg” is situated between the N1 and the N2 on the R43, about 95km from Cape Town. The town nestles in a lush valley and is surrounded by scenic mountains and green farmlands. The Theewaterskloof Dam is within 15km of Villiersdorp.

The town was established in 1843 by field-cornet Peter de Villiers, who named it De Villiers Dorp, in order to keep its French origin. Today the scenic and peaceful Overberg town is called Villiersdorp, where agricultural activities play an essential economic role, and the main crops are grapes, apples, peaches, and apricots.

There are much history and culture to soak up in Villiersdorp. Visitors can enjoy the Dagbreek Museum with its fascinating cultural exhibitions, and also should make a point of visiting Oude Radyn, the only building in the Cape with original Batavian gutters.

Another site of historical interest is a water mill on the farm Raydn, which was built by the Dutch East India Company. The De Villiers family has always played an important role in the culture of the town, and in 1901 Sir David de Villiers Graaff, mayor of Cape Town at the time, provided the land and money for the well-known school De Villiers Graaff High School.

Travellers to this part of the world will marvel at the scenic beauty of the mountains and the surrounding areas. The mountain peaks are often snow-capped in winter, while the Theewaterskloof Dam, popular with water sports enthusiasts, is beautifully situated. 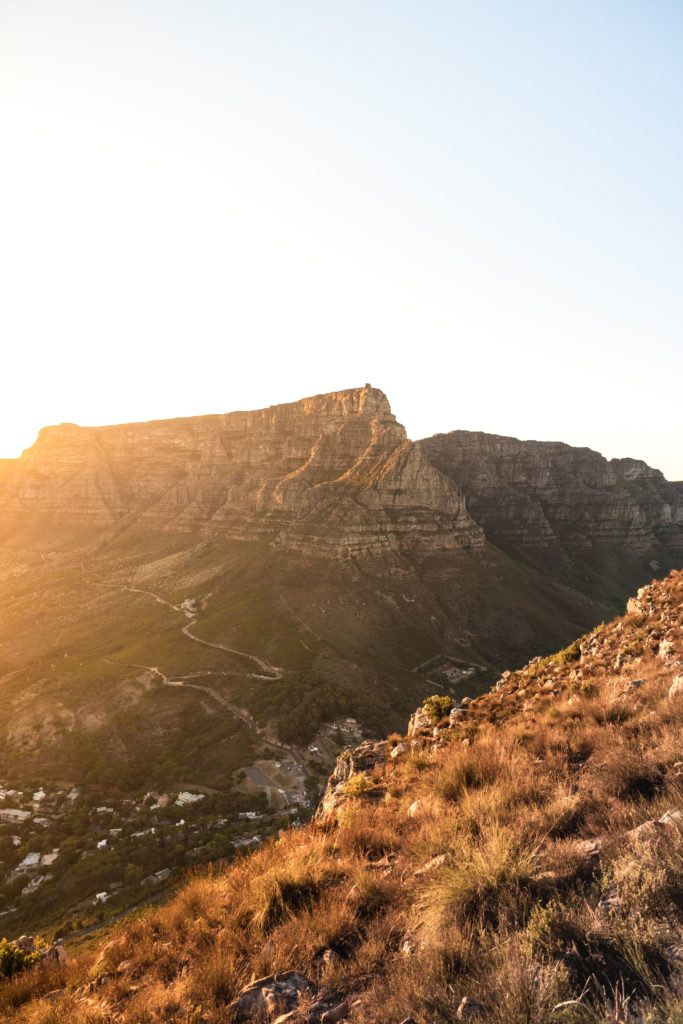 Photo by Tembela Bohle from Pexels

Visitors can enjoy the 42,000ha Hottentots Holland Nature Reserve on the outskirts of town, which is well known not only for its wonderful displays of indigenous fynbos but also for some very good hiking trails.

There are loads of activities to keep travellers in Villiersdorp busy. There are good restaurants, wine tasting, and hiking trails in the surrounding Blokkop, Aasvoël, and Sneeukop Mountains.
The tractor tours and 4×4 routes are almost as fun as desert safari tours around Abu Dhabi and Dubai.

The Theewaterskloof Dam is South Africa’s fifth-largest dam and attracts many watersports enthusiasts. Activities on the dam include pleasure cruises, fishing, boating, and other water sports like skiing. If you prefer the drier game of golf, then the 9-hole course at the Theewaterskloof Country Club will provide some action.

Interesting fact: The mountain rose, Cedro Montana, is indigenous to this area.

Huis de Villiers lies in a fruit and wine farming area surrounded by lovely mountains and is about an hour’s drive from Cape Town. The accommodation offers bed and breakfast comprises five bedrooms and one cottage.

There are a small swimming pool and secure off-street parking. You can enjoy fishing, watersports, golf, hiking in the mountains and walks in the beautiful wildflower garden.

A wonderful town in Western Cape – and well worth a visit! 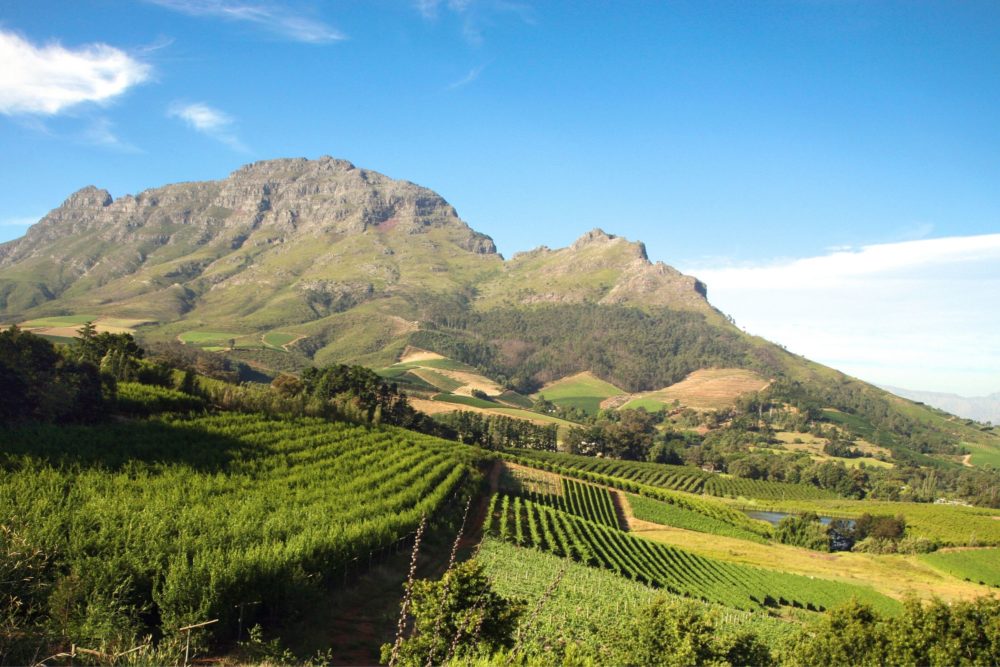 The third in our list of the best towns in Western Cape is Pringle Bay is a quiet coastal village an hour away from Cape Town. Hermanus, Stellenbosch, and the Wine Route are 45 minutes away.

Pringle Bay was named after Rear Admiral Thomas Pringle in 1797 and is famous for the cave “Drostergat,” used by runaway slaves in the 18th century.

During the Second World War two radar stations, one behind the Hangklip Hotel and another at Silversands were used. The enchanting seaside village draws interesting individuals to its shore, and many film, theatre and fine artists call it home.

The cave known as “Drostergat” or Deserters Cave is daunting and out-of-the-way, but cave lovers will enjoy the experience! Pringle Bay is a perfect base destination for nature lovers to explore the rich and diverse landscape and outdoor activities of the Western Cape.

White-water rafting and canoeing on the Palmiet River, swimming, surfing, fishing or diving in the ocean, hiking or biking through the Kogelburg Biosphere Reserve is excellent for energetic travellers. This particular region has inspired us to pick our travel blog name – Executive Thrillseeker.

Interesting fact: The area is renowned for its fynbos flora and houses more species of these plants per square meter than anywhere else on the planet.

New colonial beach house retreat in World Heritage Site offering privacy and luxury to the discerning traveller. All suites have magnificent sea and mountain views, own fireplaces and patios. Stroll to restaurants, 2 min walk to the beach, whale watching in season. 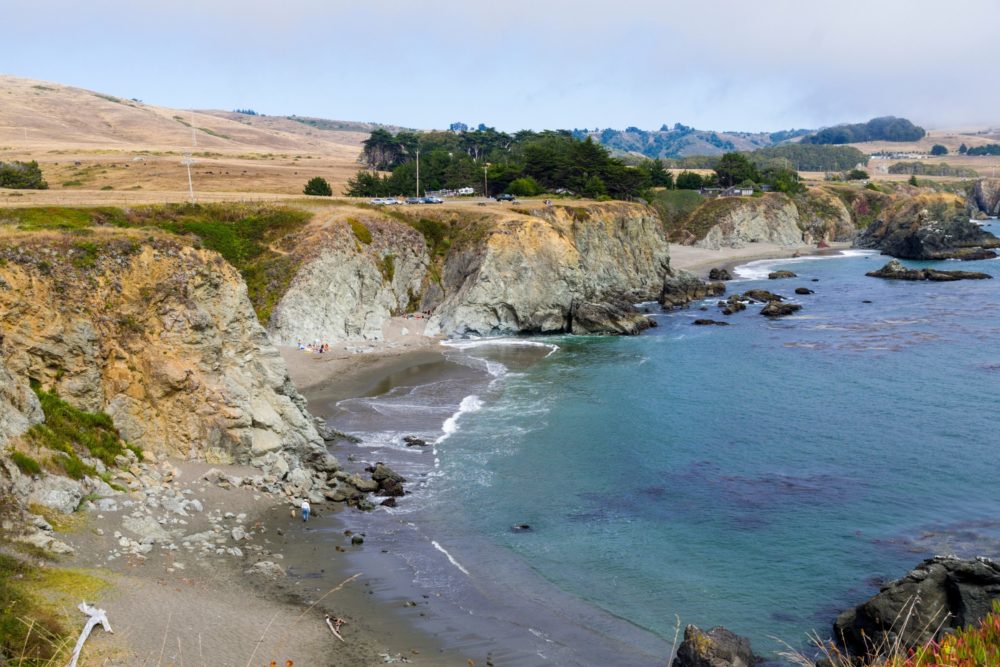 Our fourth of the list of best towns in Western Cape is Matjiesfontein, which lies in the vast plains of the Great Karoo, just beyond the Touws River on the N1.

The town was established as a health resort in 1883 by an enterprising Scotsman called James Douglas Logan, as a refuge for those with asthma and weak chests. He brought in all the building materials to build the resort and a town in a truly Victorian manner.

The town became a very fashionable stopover for the elite travelling between Cape Town and the rest of Africa, and the lists of frequent visitors included the whos-who of the time.

People like Cecil John Rhodes, the Sultan of Zanzibar, and Olive Schreiner came to ‘take the air’! During the Boer War, however, Matjiesfontein became the headquarters of the Cape Command. It was during this period that Logan built the double-storey Lord Milner Hotel, which served as a military hospital and lookout post. Photo by Tembela Bohle from Pexels

Matjiesfontein has the largest collection of Victorian buildings in South Africa, with one of them being the largest privately-owned museum in the country, the Marie Rawdon Museum. The entire village has been declared a provincial heritage site, and walking through the quirky streets is like walking through a bygone golden age.

The wonderfully temperate weather lends itself to long walks, hiking, cycling and other sports activities.

Matjiesfontein is the site of the first artesian well in South Africa, and it was by this manner that Logan could grow deciduous and other fruit trees.

A double-decker London bus makes daily tours of the village, driven by a knowledgeable and witty second-generation Matjiesfonteiner.

Interesting fact: Matjiesfontein was the first South African town to have electricity.

For a memorable stay make this gracious Victorian Hotel, which was used by the British officers during the Boer War, one of your stopovers. 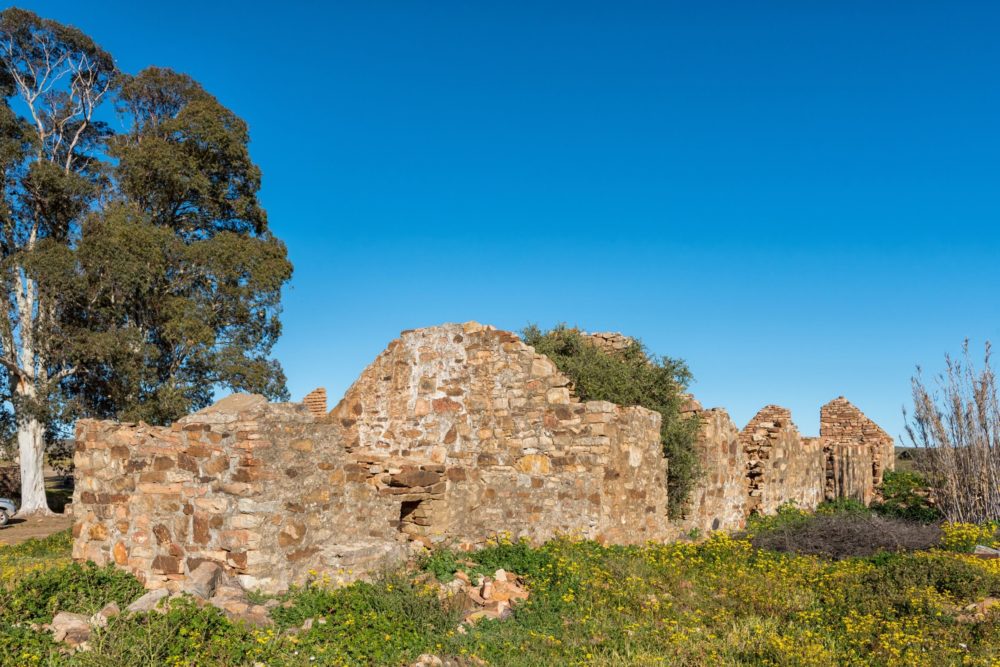 And last but not least, our final recommendation of the best towns in Western Cape is Grabouw, situated in the Elgin Valley, about 70km southeast of Cape Town.

The town is named after the German town of Grabau, the birthplace of Willem Langschmidt, who was the owner of the original farmland called Grietjiesgat. It is said that he did much of the early populating of the town, as he fathered 23 children!

Grabouw is the centre of South Africa’s large apple exporting industry, and at present, almost 65% of the export apples are produced in the Elgin Valley. It is not only the apples that make Grabouw a natural wonder, however.

The Elgin Valley that borders the Kogelberg Biosphere Reserve, in which fynbos is conserved and within it are more than 1600 plant species, of which 150 are endemic. 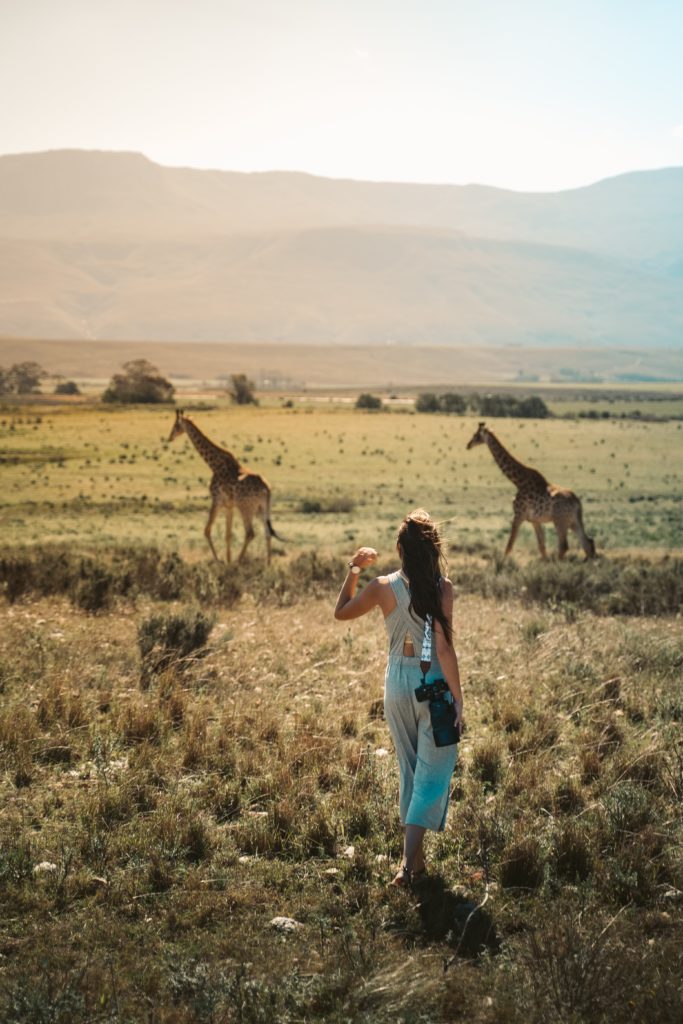 Photo by Taryn Elliott from Pexels

During the annual Elgin Festival, thousands of visitors are drawn to the displays of flowers, fruit, wines, and a great variety of local products.

Grabouw is also a forest town with many pine plantations, and nature-lovers can explore them by hiking and mountain bike trails. Fantastic scenery of the area can be taken in by going on one of the many scenic drives.

This is a private wine estate experience that also offers breathtaking views of the surrounding mountains. This charming estate in the heart of the Elgin Valley on the fruit route is secluded and very personal.

Written by Inna Nedostupenko from the Executive Thrillseeker, an adventure travel blog that will teach you how to travel smarter, cheaper and longer! 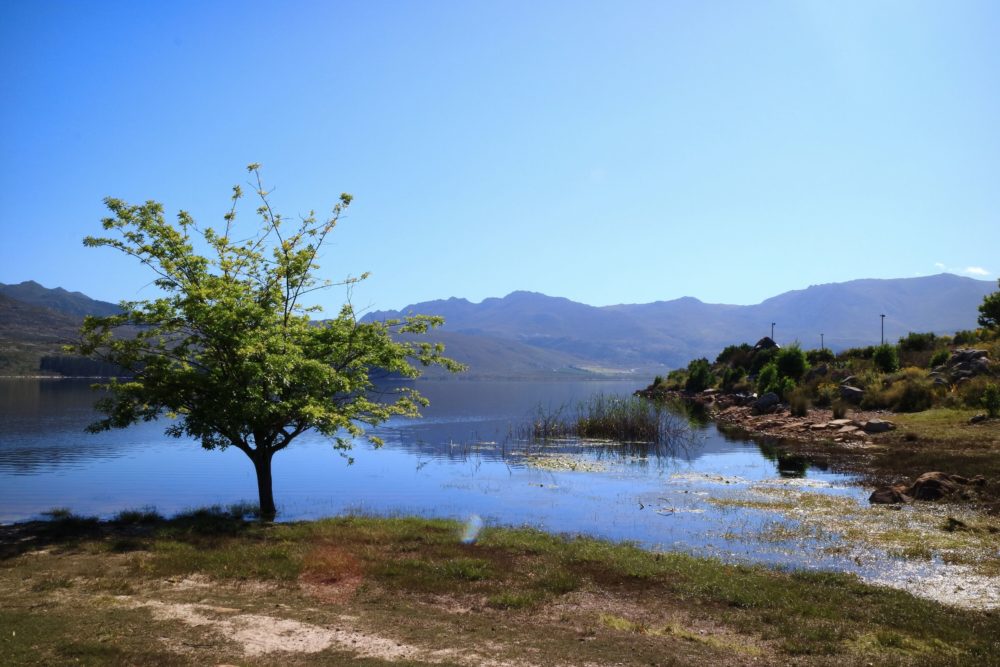 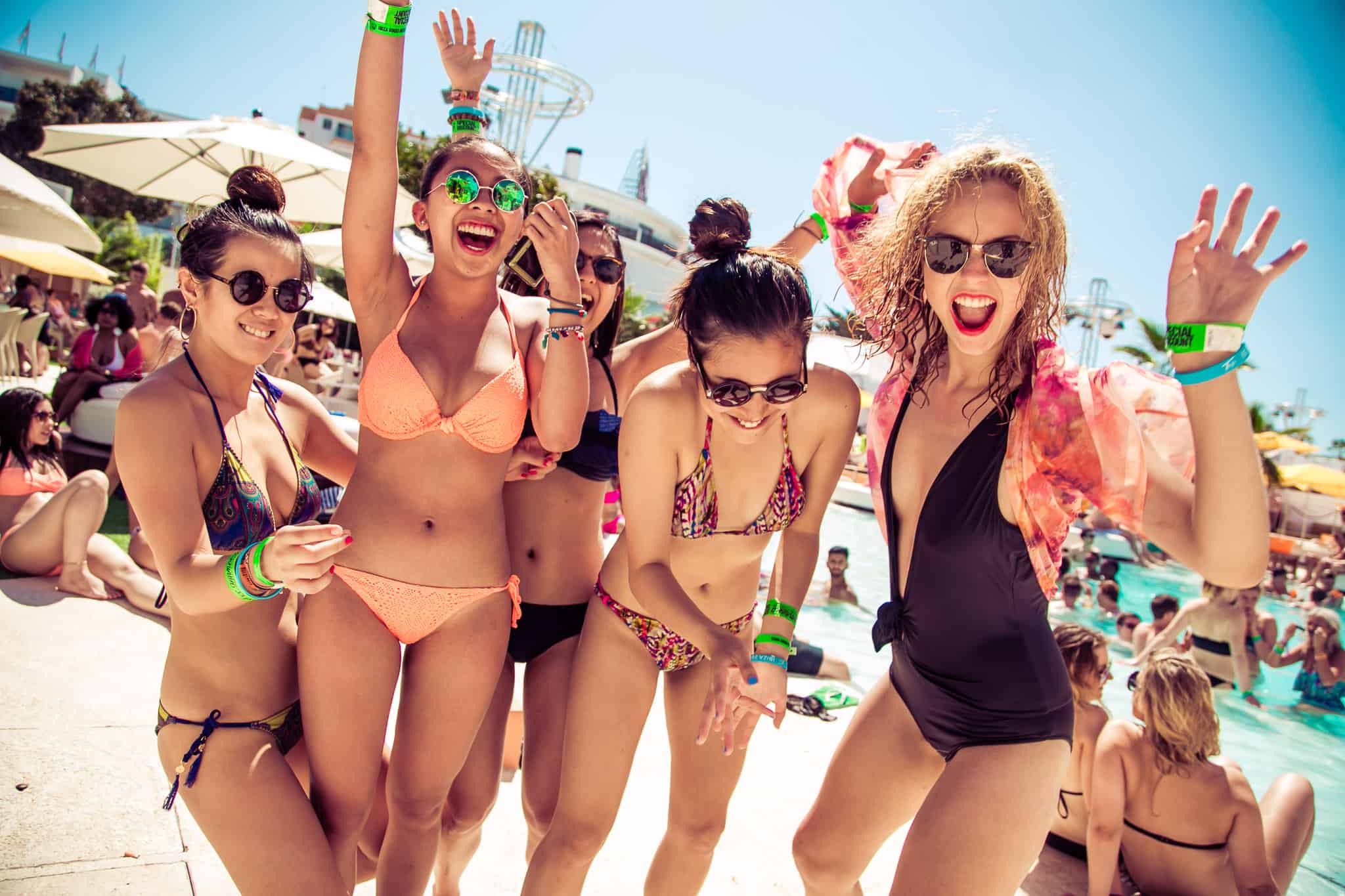 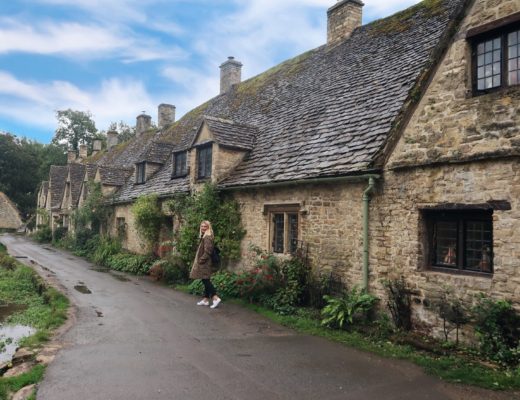 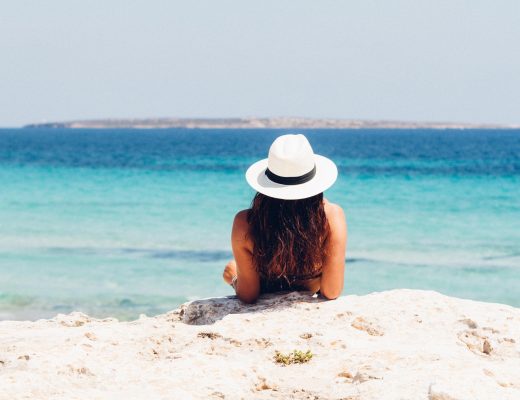 Top things to do in Ibiza – an alternative guide to Ibiza