Barcelona Weekend Guide: How to spend 24 Hours in Barcelona

Known for its art and architecture, Barcelona is one of my favourite cities in Europe. Barcelona, the cosmopolitan capital of Spain’s Catalonia region, has the amazing Sagrada Família church and other modernist landmarks designed by Antoni Gaudí across the city.

In the city, you can also find Museu Picasso and Fundació Joan Miró which both feature modern art by their namesakes. And you can also swim in the famous Olympic Pool.

I have visited Barcelona a handful of times over the years, but my last trip to the city was to jump onboard a cruise with Princess Cruises.

On our first day of the trip, I made the journey from London Luton to Barcelona Airport, where I met Jess from Gap Year Guru. We jumped in a taxi and headed to the Port of Barcelona, before checking in to Crown Princess.

Our plan for the day in Barcelona was to explore La Rambla, head to the Gothic Quarter and then join a Barcelona Cookery Class for the evening!

Firstly we headed to the Columbus Monument at the northern tip of the city, and then we slowly wandered down La Rambla, taking in all the sights and smells surrounding us.

Here is my guide to the perfect Barcelona weekend… 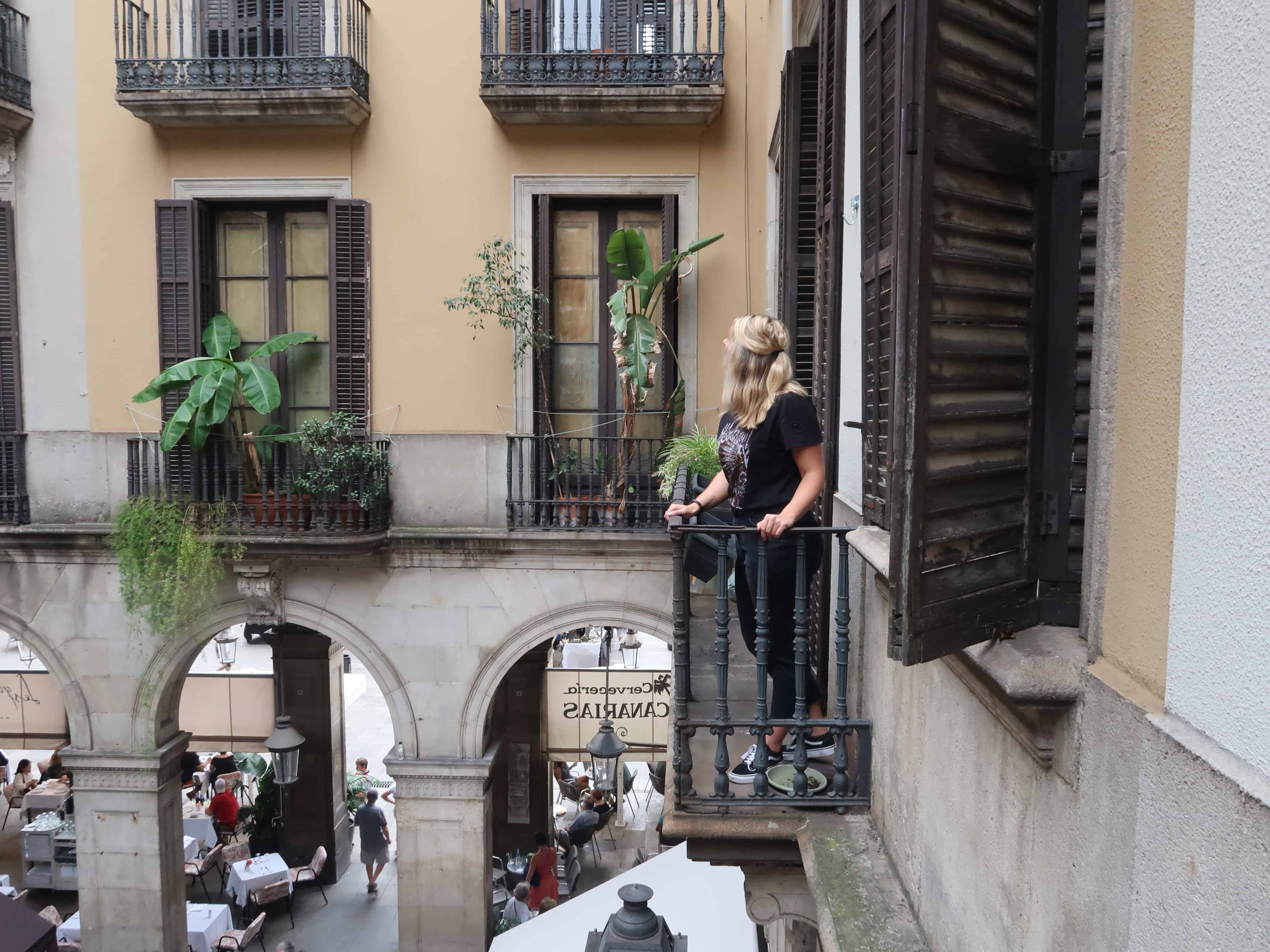 Fancy a day trip to Girona? Here are some things to do in Girona!

Spain is one of the most popular holiday destinations for Brits.

But when most people think of a holiday in Spain, they probably think of a package holiday to Majorca or Ibiza, or perhaps the Costa Del Sol. However, Spain has so much to offer, including some amazing cities to explore such as Madrid, Seville, Valencia and Barcelona.

If you’ve never visited Barcelona, you’ve never truly experienced Spain. Based in the heart of the Catalonian region of Eastern Spain, this vibrant, historic city has so much to offer every kind of traveller.

With a population of 1.6 million, it is also the perfect answer to the question “should we have a city break or a beach holiday?’. With Barcelona, you don’t have to choose. You can have it all.

Top Things to do in Barcelona 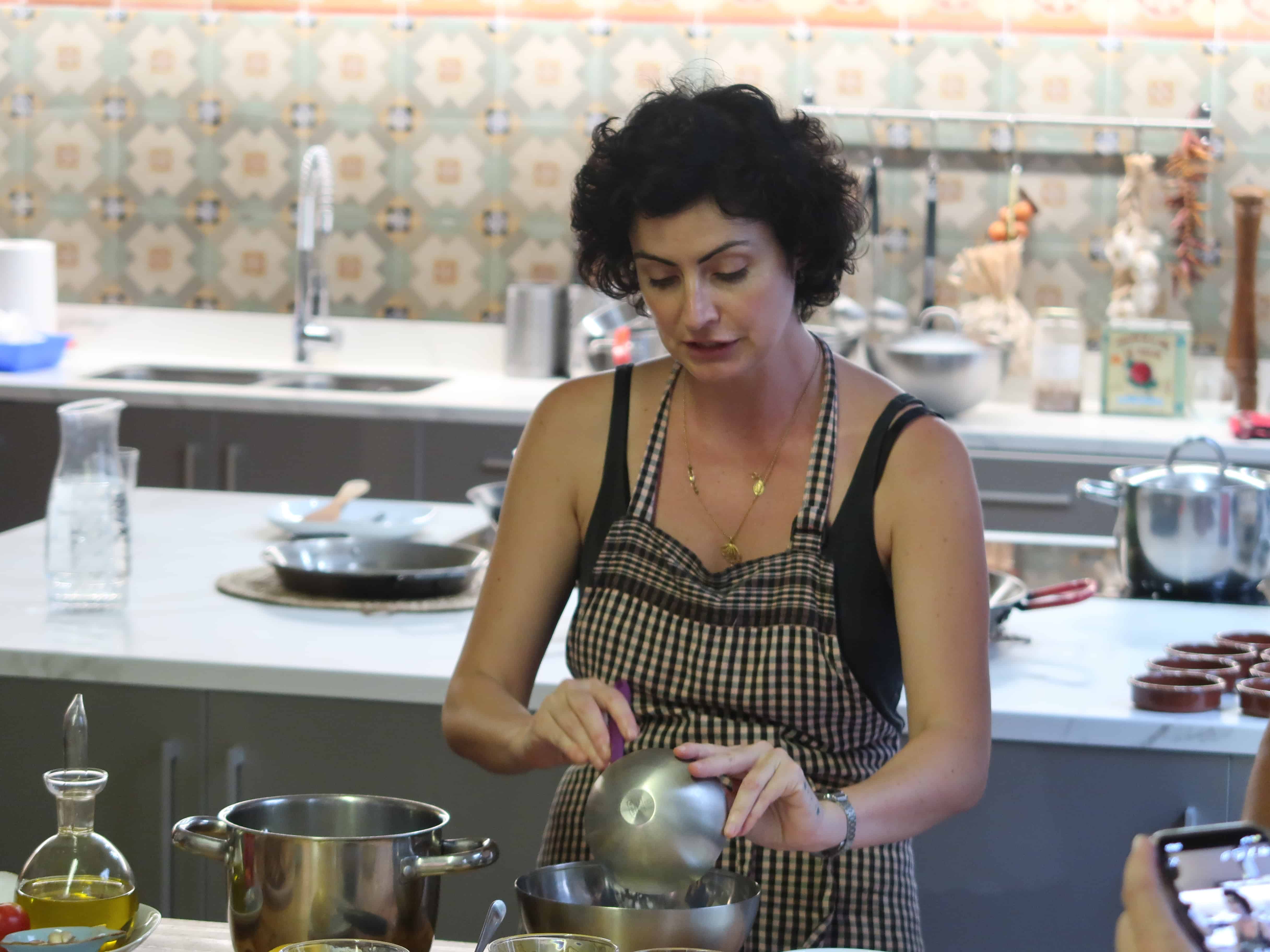 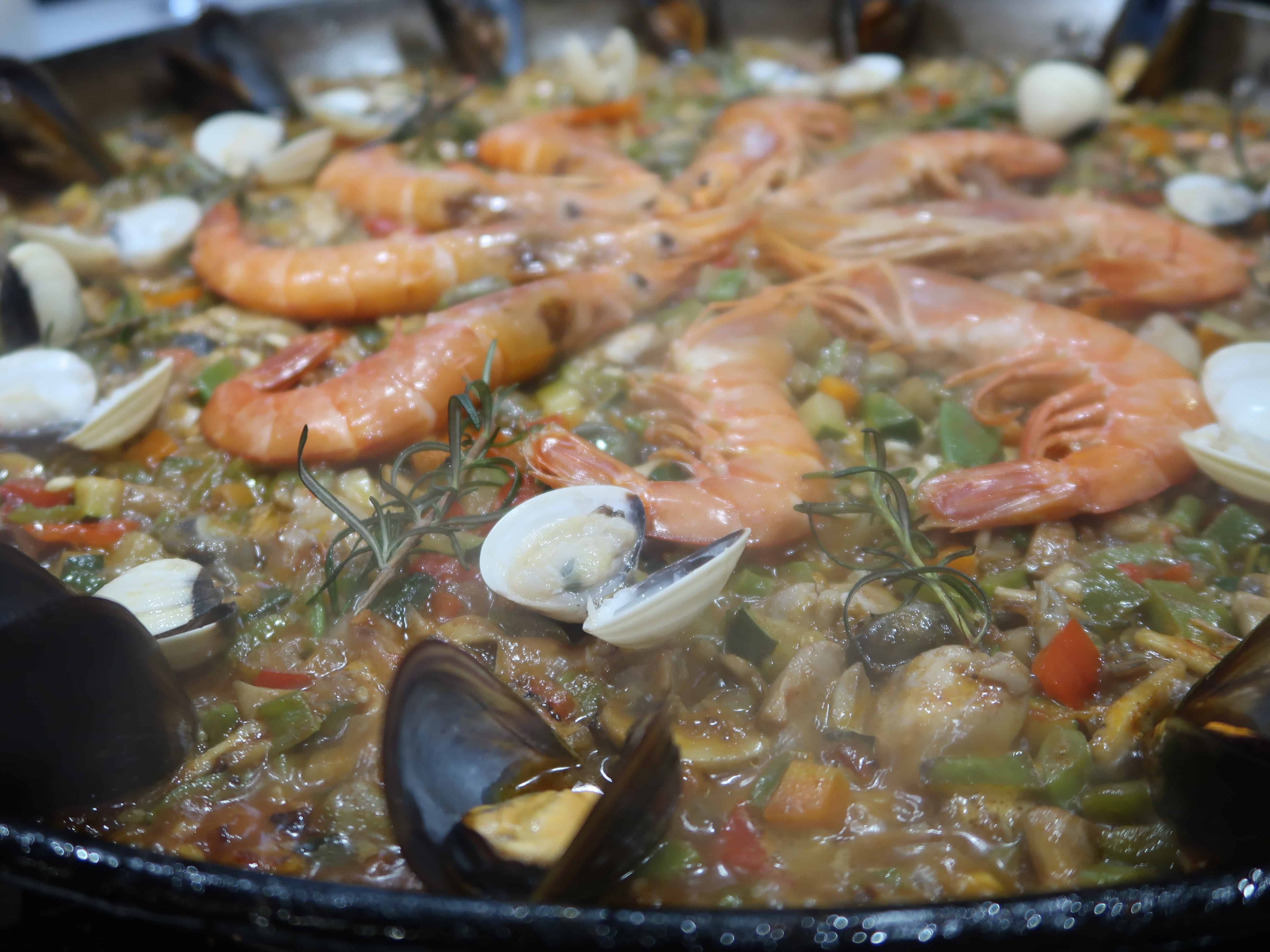 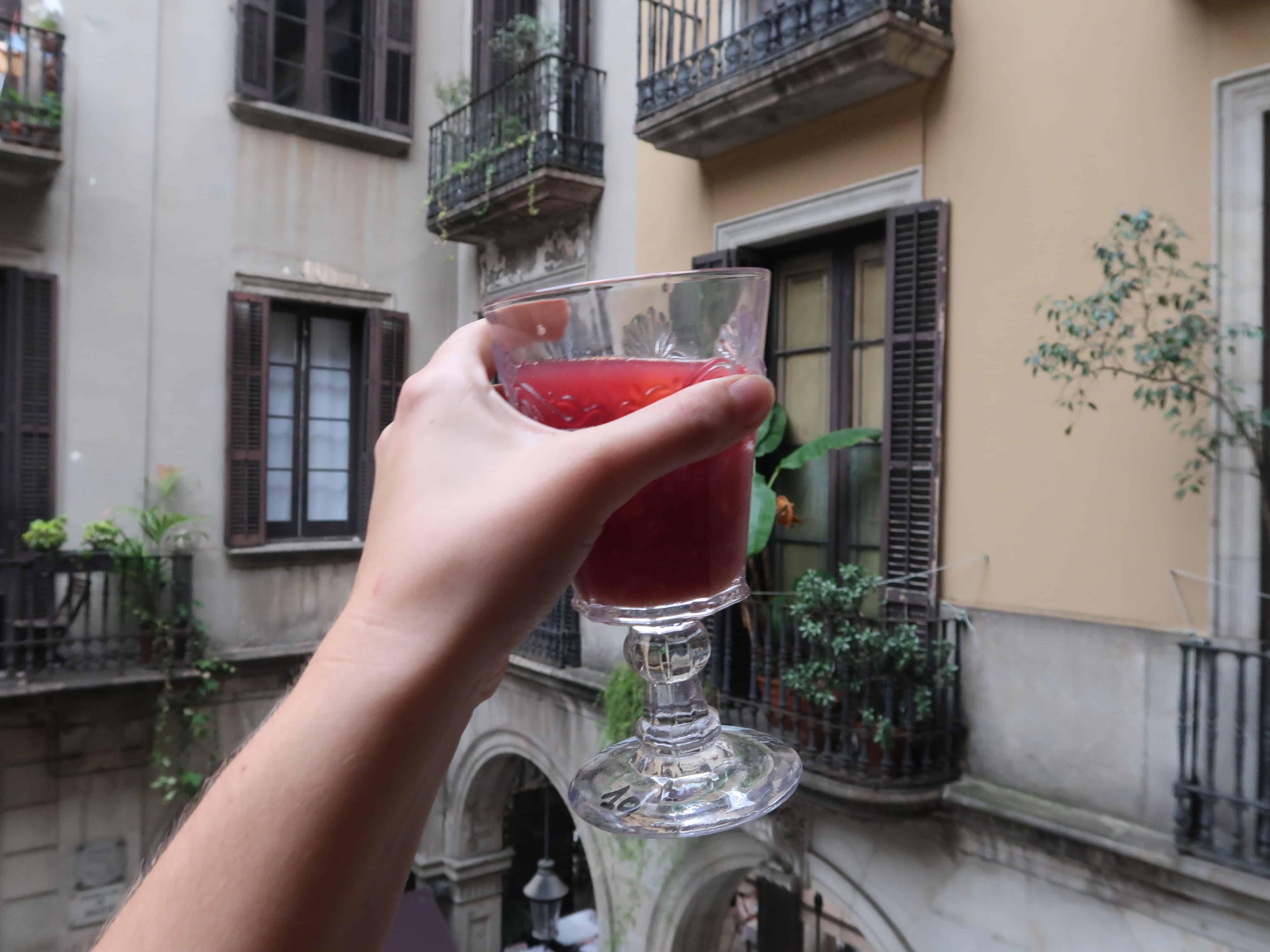 READ MORE: Barcelona with a baby

How to spend a weekend in Barcelona

La Rambla was as busy as I remember it, with people everywhere. After a short stroll, we crossed the road away from La Rambla into the Gothic Quarter, where the architecture changed dramatically. The buildings became beautiful yet moody, mostly with brown shutters adorning their windows.

Once we had explored the square, we were led into a building and up some stairs where we were welcomed by sisters Angeles & Carmen, who run the wonderful cookery school Foodie Experience Barcelona.

For three hours the wonderful sisters told us all about Spanish cuisine, and then taught us how to make Paella, Spanish Omelette, Catalan Cream and Sangria, as well as a lactose-free pudding!

It was such a wonderful way to start the holiday and I will be returning next time I am in the city!

After we’d finished being chefs we headed back to the port, and jumped on board for our first sail away! It was such a great time on my Barcelona Weekend.

Top Things to see in Barcelona

Barcelona is filled with breathtaking architecture that is a reminder of its rich cultural history. Of course, the most famous of its buildings is the Sagrada Da Familia, by Antoni Gaudi which is a UNESCO World Heritage Site. However, there are so many other examples to see, such as the Gothic Quarter, Monestir de Pedralbes, Gran Teatre del Liceu, Park Guell and the Catedral Basilica Metropolitana de Barcelona.

When all that culture is getting a bit too much, then there is no shortage of retail therapy options in Barcelona. From hidden away, designer boutiques selling Gucci to the department stores where you can pick up the latest brands or a pair of Adidas ZX at one of the city’s many sports shops.

There are two major streets on which many of Barcelona’s shops can be found. From their starting point at the Place de Catalunya, the Portal del Angel and Passeig de Gracia.

There are shops and malls to cater to every taste and budget, including:

The culinary scene in Barcelona is one of the best in the world. There are so many ways to experience it too. From sampling traditional bar tapas from a counter in a pub, sitting at a stool in the world-famous Boqueria market, or dining at an upmarket restaurant. There is so much on offer and each style of eating is still quintessentially Barcelona.

Remember, the Spanish eat late, so you’ll have difficulty booking a table before 9 pm for dinner. Just go with the flow and enjoy the laid back pace of life in the city.

While it might be tempting to stick to Las Ramblas, head down some of the little side streets to find culinary gems (often at a fraction of the price). Unfortunately, many great restaurants have closed due to the COVID-19 pandemic, but there are still many fantastic ones to choose from

The Spanish have a glorious sporting history, with football being their national sport. Sports fans can visit the Nou Camp, home to Barcelona FC, a 100,000 seater stadium, which is one of the largest in Europe, which also houses the Barcelona football museum. See the stadium yourself with one of the regular tours.

Barcelona was also the host city for the 1992 Olympic Games. You can tour many of the Olympic facilities built especially for these games, most of which are still used today.

The city is also home to successful ice hockey and handball teams.

The City of Barcelona is very different from the tourist resorts you find on the Balearics and Canary Islands. Though it has a thriving tourist industry, the City is still very much authentically Spanish. The people are very friendly and are always happy to help out a lost traveller. During the summer months, you can still wander the streets well past midnight and see families out walking and dining, enjoying the wonderful surroundings.

Barcelona really does have something for everyone. From its rich culture and history to the miles of golden beaches. You’ll never have the same kind of holiday twice. It attracts backpackers and luxury travellers alike. The city centre is filled with wonderful hotels, or if you’re looking for a quieter base, there are many villas just outside of the city.

There is a reliable and easy to navigate the metro system that runs throughout the city and to all of the main attractions, which means that there is no excuse not to go and explore for yourself.

Heading to Barcelona for longer? Check out this guide to 5 days in Barcelona. 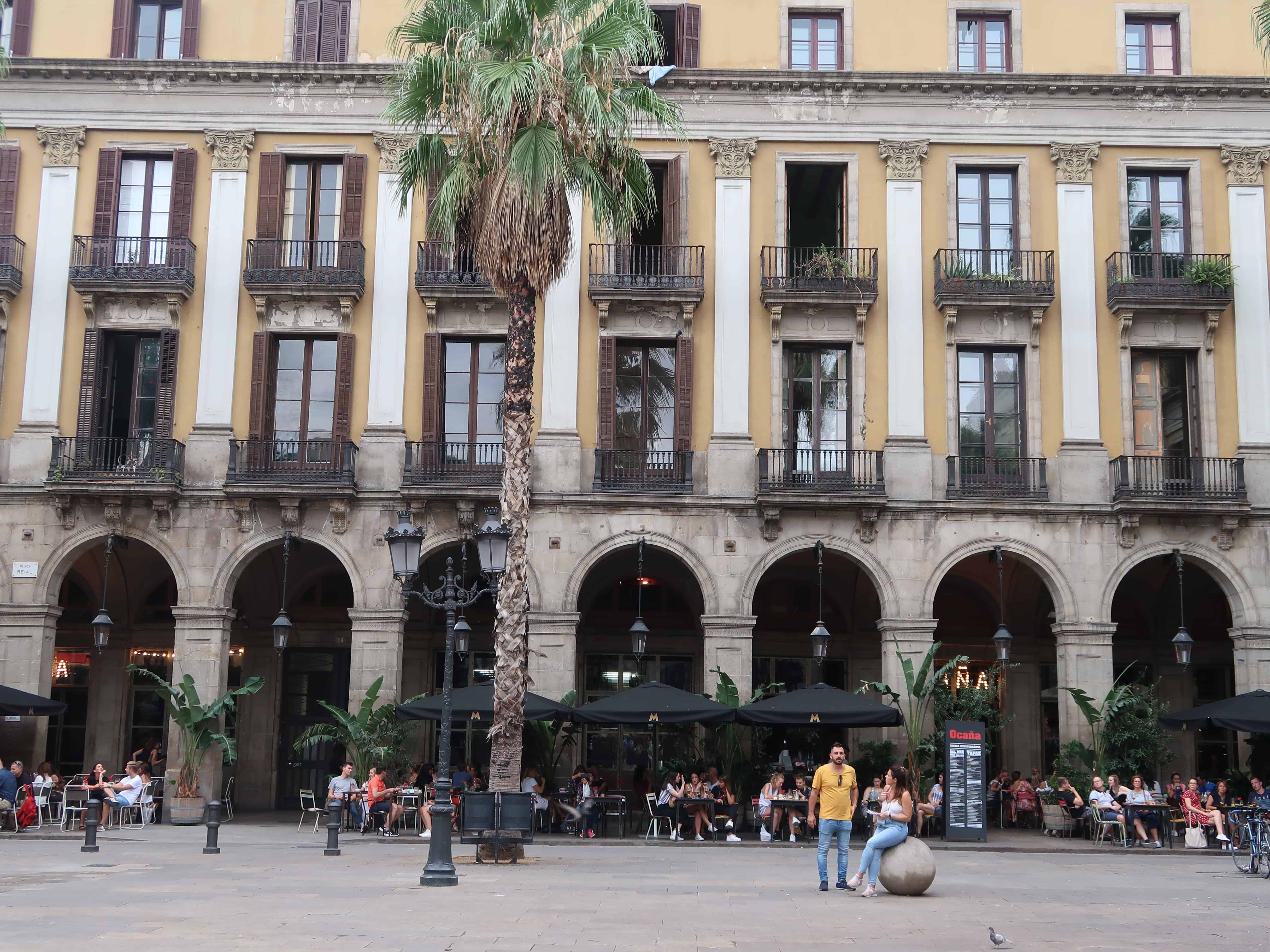 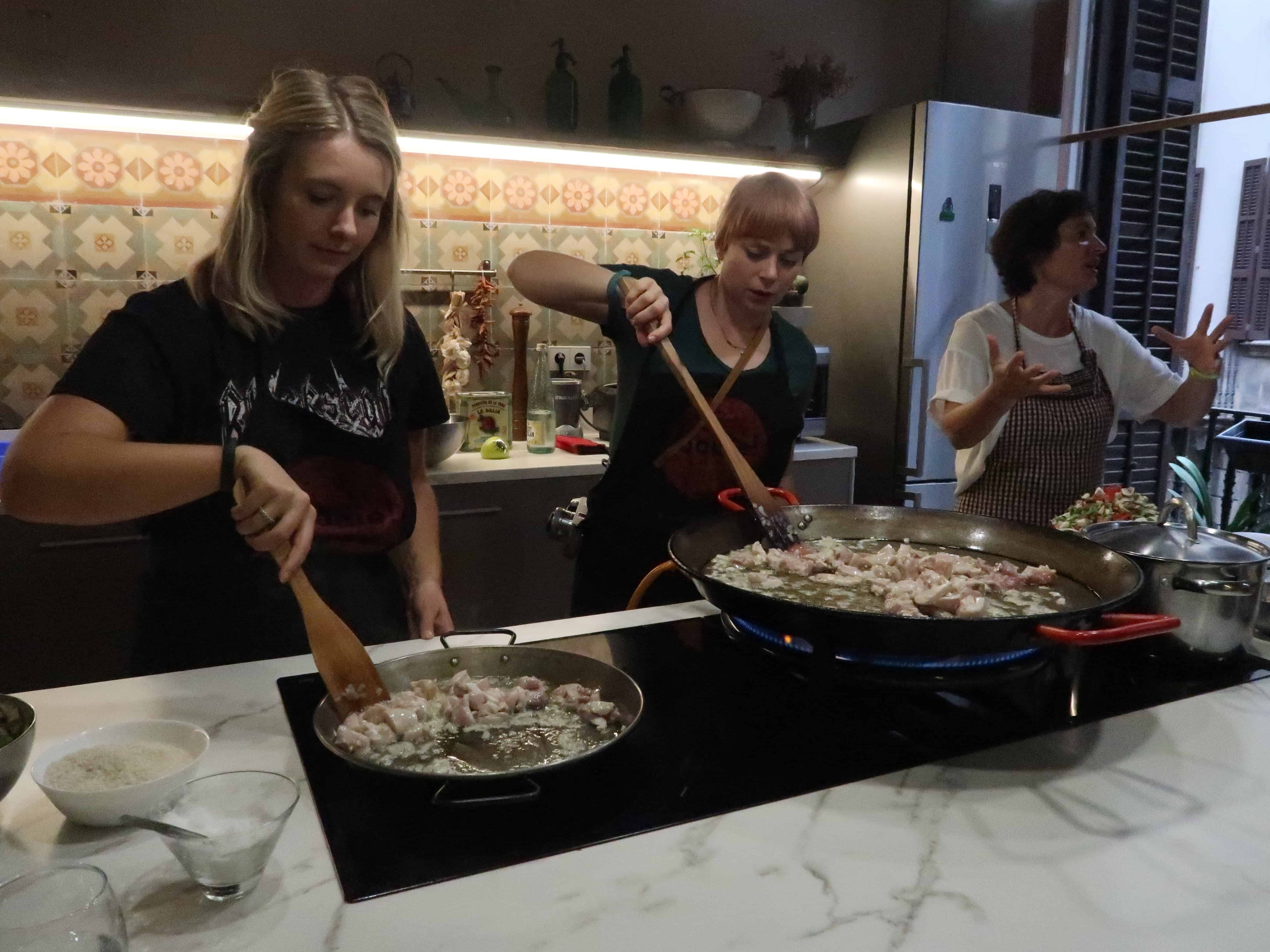 Would you consider trying a cruise? Has my cruise experience and blog post made you think differently about cruising? I’d love to hear your opinion, so please leave a comment in the box below.

This post has been created as part of a sponsored collaboration with Princess Cruises, however as always, all views are my own. 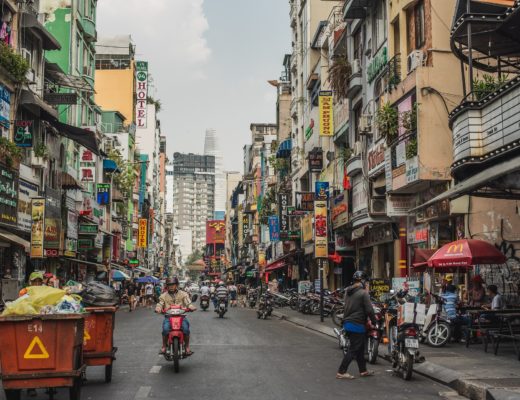 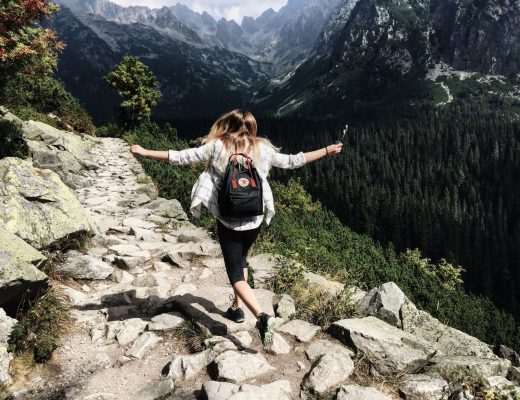 The best walking holidays in Europe 19 Photos That Will Make You Want to Visit Aruba