Alice Audley is the Founder and CEO of Blogosphere – a media company rooted in the world of bloggers. The business runs events, an influencer network and publishes a nationally distributed print publication – former cover stars include Zoella, Casey Neistat and Dina Tokio. Alice loves travelling and has spent two years exploring the globe – once at 18 and again at 21. Her other main passions are reading and writing.

Alice lives and works in London, and is most likely to be found at the Blogosphere office (including at weekends). A quote that she tries to live by is ‘Someone has to do it first time. Why can’t it be you?’

I have written stories since I learnt to write – which I think is the foundation of my career. So I’d say it started when I was a child. From not being able to wait for the third installment of Harry Potter and writing my own version instead (Harry Potter and the Ghost of Hogwarts) aged 9 to writing a 55,000-word novel when I was 16 called ‘Betty and Jane – The Great Escape’ (unpublished), I’ve always known that I wanted to write for a living.

Fast-forward through English A-Level, an English and Classical Lit degree, and a post-grad diploma in Journalism, I actually found myself interning at a recruitment company and a bit lost. I was writing for an online magazine and blogging on the side, but knew that I wanted to be employed as a writer and it didn’t look like it was going to happen. A lot of people say it’s frightening when you don’t know what you want to do, but I’d say it’s equally frightening when you know what you want to do – but it doesn’t look like you’re going to be able to do it.

Fortunately the crisis of confidence, which started in May 2012 came to an end in February 2013 when I received an email from Daily Telegraph columnist Bryony Gordon. I had written a blog post about Bryony – and how I admired her – and she replied saying she’d see if she could get me some work experience at the newspaper.

I was offered two weeks of work experience, but ended up staying for a month (mainly, I think, because I kept everyone in good supply of tea. Tip: always offer to make tea, it’s appreciated and if you’re offering and not being asked then it doesn’t feel degrading). By July 2013, I was employed as Commissioning Editor on the Features Desk. I started a blog in 2012 during my post-grad diploma in journalism. We were told on the course that we needed to start one if we wanted to get jobs in the industry – so the blog started as a means to an end. Quickly, however, I became obsessed. It was what kept me sane through the early quarter-life crisis and I absolutely loved it. The idea for the magazine came after a particularly terrible job interview – when I got back home, the first thing I did to unwind was to read one of my favourite travel blogs (Never Ending Footsteps). I ended up reading her entire archive and then wanted to find more blogs of the same quality – so I started looking. I felt completely overwhelmed – even back then the space was crowded – and for every amazing blog there were tens of out of date, badly written ones and all the lists I could find were written by PR or Marketing companies – many of which were biased or, again, out of date. Soon I had about 40 tabs open on my screen and I had the thought – what if you could curate the blogosphere? What if you could create something that took away the feeling of being overwhelmed? That was the beginning of Blogosphere.

Since founding the magazine, the blogging sphere has grown exponentially – and split off into lots of different verticals – video blogging, micro-blogging (Instagram in particular). Increasingly people are realising that blogging/vlogging is a proper career and we’re seeing the influencer industry mature. There is still a long way to go – but I hope that Blogosphere can help move the conversation and dialogue forward. It’s an editorial proposition that is written from a position of understanding and respect. Having the courage to resign from The Daily Telegraph to pursue Blogosphere as a business (not as a hobby) in 2015. Leaving a big name, a stable income and a job where I was being paid to write to start up a business with none of the above was a challenge mentally – and financially.

On a personal level, seeing The Daily Telegraph writing a story about Blogosphere a year after I left was very satisfying – it was a nice full circle. But, I also had a moment at one of our events when I was having my hair done by a sponsor (Schwarzkoph) and I looked around the room, which was packed with readers of the magazine who were all meeting each other, and thought ‘wow, this all came from that idea after the terrible job interview’. 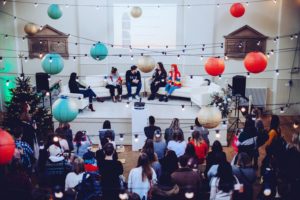 Many people these days struggle to maintain a good work-life balance. I know I have done in the past! What advice would you give someone who does not feel like they have the right balance?

I’m afraid I don’t have any good advice on that one. I just work – it is my life. And I’d say it’s my addiction, too.

I absolutely love travelling. There is something truly freeing about having your life in a backpack and exploring the world. I now have so many ties that it’s not an option, but if you have the chance I’d definitely recommend it – you learn so much about yourself. I see myself having another year or two backpacking in the future. I’ve digressed… The most beautiful place, that’s a tough one… the view from the top of Monkey Temple in Hampi, India was incredible. I’ll go with that.

I’m off to France with friends in mid-June – to have some rest and relaxation (and rose) after the #BlogosphereAwards, which is on June 8th. My elder sister and I have also made a pact to do an adventure holiday once a year – last year we climbed Kilimanjaro – so there’s probably a trekking adventure on the cards in October. 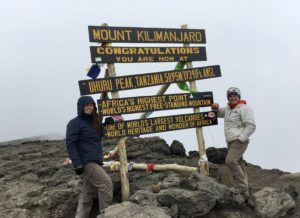 I’ll always have face wipes with me… that’s about the only guaranteed essential I’ll have. My skincare routine – much to Caroline Hirons’s horror when I told her during our interview – is pretty much just face wipes. I only rarely moisturise! I probably shouldn’t admit that, should I? This morning I did sign up to Lydia Millen’s waitlist for her Cult collaboration… so maybe it’s a new start!

I’m not one for mega-luxury, I prefer spending money on activities than 5* hotels. For backpacking, I’d go older sister, dad and brother. For a two-week beach break or something a bit more luxurious, then I’d go younger sister and mum. I realise that’s not one person… but I suppose it’s one family!

Thank you so much Alice for chatting to me and my followers. Check out Alice and Blogosphere Magazine on Twitter @AliceAudley @BlogosphereM and follow them on Instagram @Blogosphere_Magazine too to immerse yourself in the blogging world. 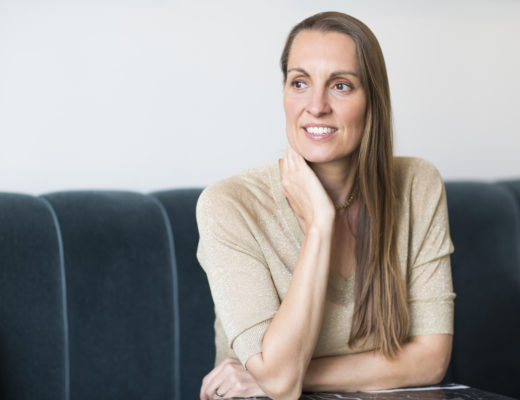