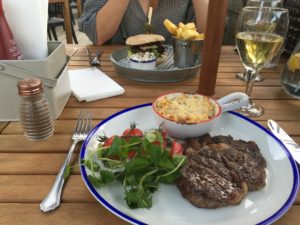 I swear, every Thursday evening I am ready for wine and dinner. For last week’s chill out I headed to The Wheatsheaf in Bow Brickhill, near Milton Keynes. Now under new management after substantial refurbishment the Wheatsheaf at Bow Brickhill reopened its doors on April 27th to excited local people.

Situated in the small village of Bow Brickhill on the outskirts of Milton Keynes, The Wheatsheaf is the perfect for getting away from the hustle and bustle. The pub is focussed around being a pub & grill, offering great food, including prime reared steaks and fresh daily caught British fish.

They also love going local and have a large selection of locally sourced Beer and Ales courtesy of Hornes Brewery and the Leighton Buzzard Brewery Company.

Their Head Chef Lewis updates the menu continually, making sure that the menu is varied and exciting. They source their meat to ensure every steak has quality flavours, and they get their fish from supplier, Stickleback, who makes daily deliveries to The Wheatsheaf Pub & Grill. 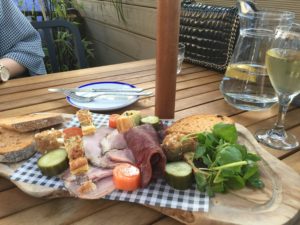 When we arrived we grabbed a table out the front, whilst the sun was still out – taking in the last of the sunshine before heading out to the decked alfresco dining terrace out the back of the pub, which offers seating outside for drinking and dining.

After a little menu peruse we opted for the meat sharing platter to start, which included an array of meats, sausage rolls and black pudding, alongside pickles, chutney & toast (£15.00). Then I went for the 8oz ribeye (£21.00) served with watercress, vine tomatoes and the choice of 1 side, which I chose the bacon mac and cheese (and obvs got a peppercorn sauce!) It was incredible, and the steak was tender, with an intense flavour. My friend Amy, got the prime bavette burger with cheddar, bacon and relish (£13.00) which she said was tasty! 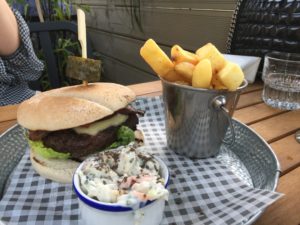 Then once we’d finished our mains, we were tempted by the staff to have something off the dessert menu. The lovely waitress who served us recommended the berry & gin Eton Mess with sherbet so we both got pulled in and opted for that. It was insane – there were no words! And it was just enough to end off the meal.

We had a lovely meal at The Wheatsheaf – and will certainly be coming back very soon for a cocktail in the sun and some prime reared steak. 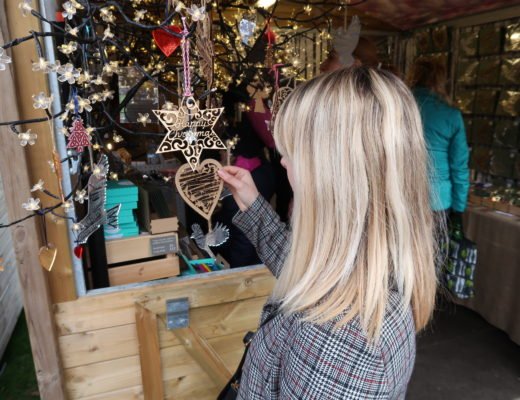 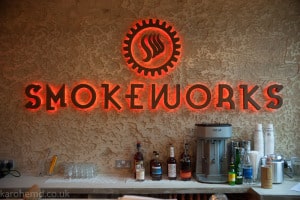 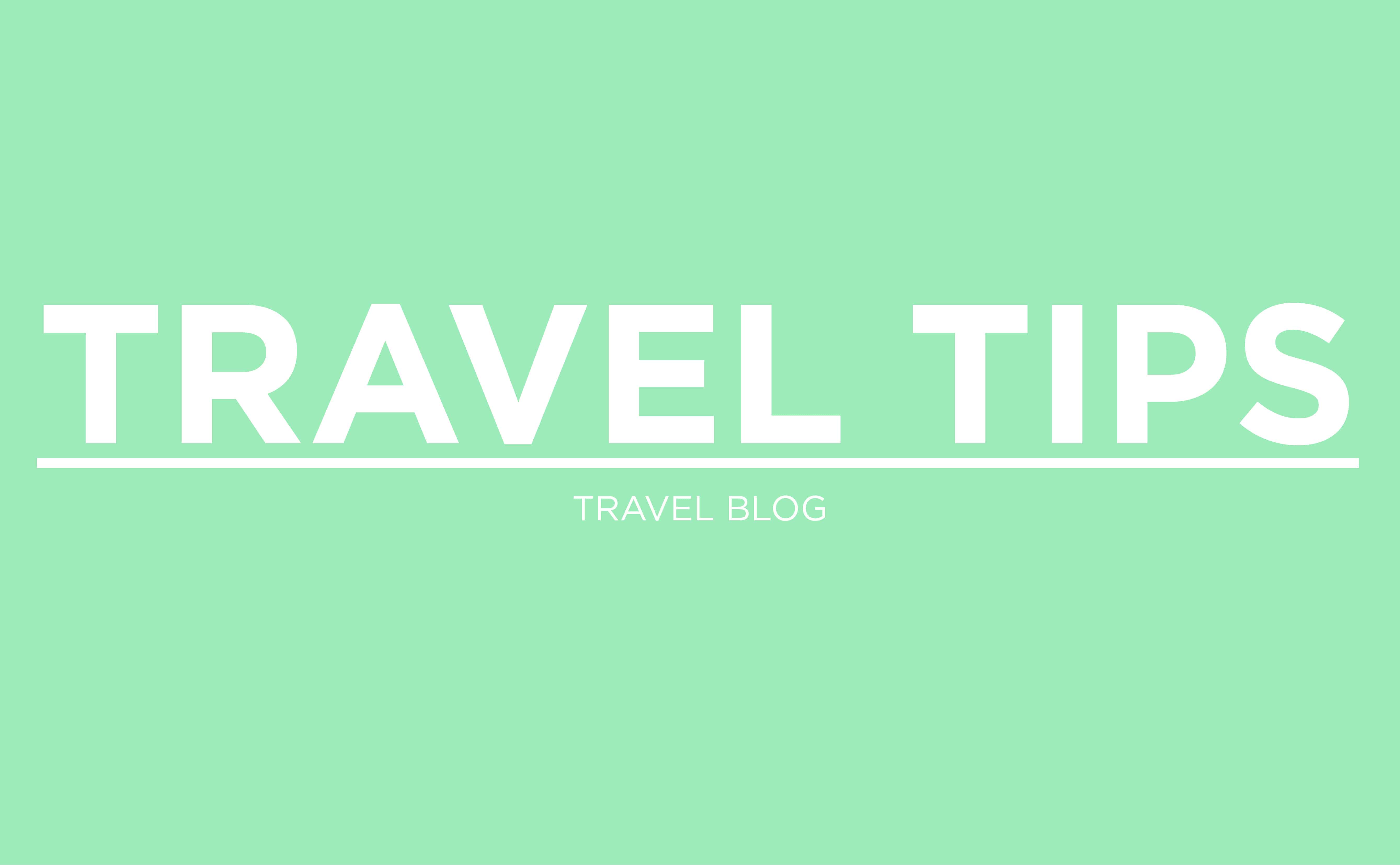