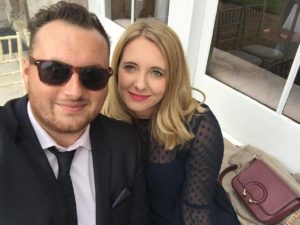 I’ve said goodbye to summer officially, and I have got my winter wardrobe out of the loft. The log burner has been used a handful of times now, and we’ve already noticed the nights drawing in. September was a lot quieter than August, after spending a month basically living out of a suitcase. In September I put myself first, and took some time out, away from the blog. Here are my monthly favourites.

Wedding of the year – In the first week of September, not long after returning from France me and Theo took two days annual leave and went to two of our close friends’ wedding, Abbi and Josh. It was a lovely day, with the wedding itself taking place at Hexton Manor, in Hertfordshire, before we headed off to The Airman near Stevenage for the party. I drank a lot, and I mean a lot, and I paid for it the next day, being sick on the way home. However it was such a lovely wedding, and I had such a good time!

Disneyland Paris – In August I went to France for a week, and took a day trip to Disneyland for the day with ATD Attractions. As the day we went was the 31st August I thought I would include it in my September favourites instead. TBH I don’t really need to write about Disneyland as you already know what it is, and that it is well worth a visit whilst staying at close by. Think Main Street USA, Mickey Mouse, It’s a small world, Peter Pan, Frozen, Popcorn, castles, Indiana Jones, and everything in between and there you have it – it really is where the magic happens! You can read all about my tips for visiting Disneyland Paris here.

Dinner with friends – Last weekend we had our two best friends over for dinner in our house. We cooked chicken, leek and mushroom pie, and we drank lots of wine. We hadn’t seen each other in a few months so it was so nice to catch up, chat and relax. It’s weekends like those that I love!

Wanderful: The Modern Bohemian’s Guide to Traveling in Style – This month I bought the most ‘wanderful’ book from Abram and Chronicle. Wanderful is a stylish look book and travelogue for the adventurous and bohemian at heart. Follow in the footsteps of fashion maven Andi Eaton as she travels the United States to discover some of America’s most stylish destinations and the fashionable dreamers and wanderers who live there. Nine intimate and exciting roadtrip routes (some by the sea, some in the desert, and some in the forest) will make you feel that you’re traipsing the country with your best, and best-dressed, girlfriend. Buy the book here.

Taking time out… – After a busy August I needed to take some time out. I found my anxiety getting worse, and I had two panic attacks in two weeks, which is rare for me, usually them only occuring once a month or so as I get more stressed with work or life. I logged off of social media on my phone and put an out of office on my emails. I am still mid-recovery and hoping that with time I will get back to my usual self again.

Read my other monthly favourites here. Find out what I got up to in August…. 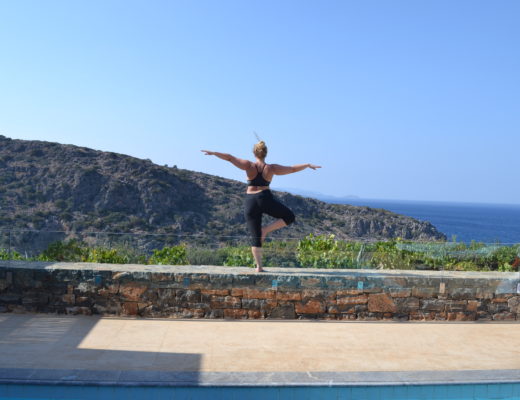 How to Stay Healthy on Holiday with Marella Cruises