5 of the Best Countries for a Safari Adventure

I love going to the zoo, but it isn’t quite the same as seeing animals in the wild in person. For years I have wanted to go on a safari, and when Mollie from Where is Mollie flew off to South Africa last year it reignited my passion for animals and being at one with nature. It’s obviously known around the world that Africa is the home of some of the world’s most popular safaris, although there are plenty of other locations across the world where you can begin a great safari adventure. I did a little research and came up with five other countries to head to for a superb safari experience.

Home to the winner of the best safari experience in Africa for 2016, at Zarafa Camp, Tanzania is one of the best destinations for safari. Incredible wilderness and wildlife can be found at Zarafa, great plains and huge rivers at Ruaha National Park and the world’s largest crater that acts as an enclosure at Ngorongoro Conservation Area. Almost every species of wildlife in East Africa lives in each one of these locations.

Monkeys, jaguar, sloths, iguanas and more can all be discovered in Tortuguero National Park in Costa Rica. As one of the world’s greenest countries you’ll get to stay in an eco-lodge overnight, before exploring the lagoons and canals that run through the park. Plus, there’s the Monteverde cloud forest and Arenal volcano where howler monkeys can be seen.

Kruger National Park in South Africa is the place to head for the big five: lions, leopards, rhinos, elephants and buffalo can all be spotted here. Tours with Encounters Travel can take you on a wild safari along with trips to the big cities, coastline to spot some sharks in the sea and add to your sightings of the big five with elephants, hippos, giraffes and more.

Some magnificent prides of lions can be found in Duba, prowling across the plains. What is different here is that most of the prides hunt in the day, rather than at night, giving visitors a much better chance of seeing them in action. Battles between lions and buffalo may not be to everyone’s tastes, but that is the way of the world.

That’s it, I am off to book my next safari… whose coming?! 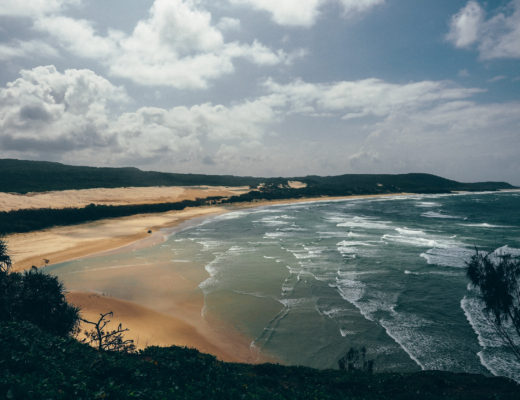 Fraser Island Australia: Where The Beach Meets The Rainforest

A Year in Review: My 2017 Travel Summary